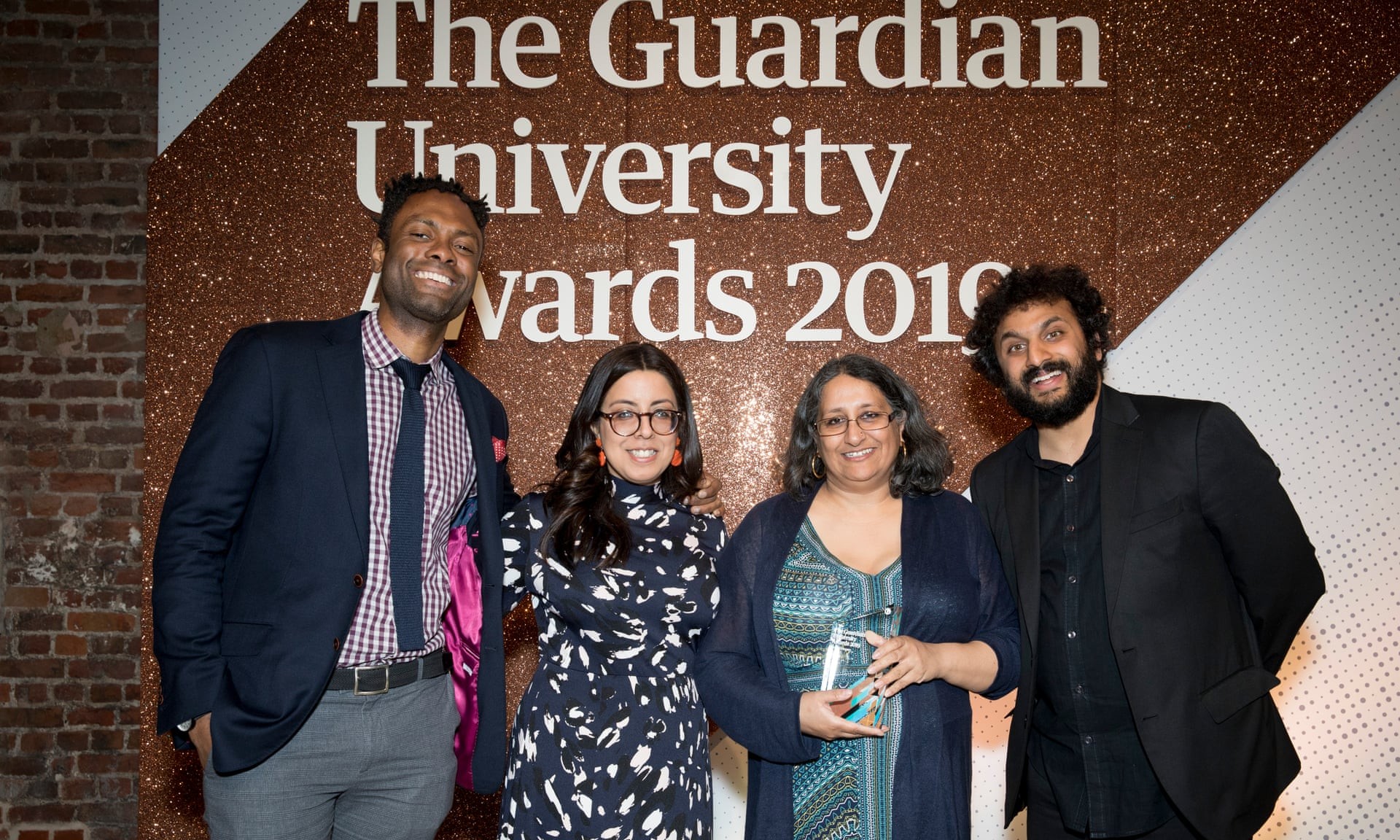 An academic from The University of Manchester has won a 2019 Guardian University Award - which recognise the inspiring and groundbreaking projects that UK universities have worked on in the past year - for her website exploring the untold stories of the migrants who have shaped Britain.

Launched in 2016 and funded by the Arts and Humanities Research Council, the Our Migration Story website is the culmination of over a decade of partnership between Claire Alexander, Professor of Sociology at The University of Manchester, in partnership with Professor Joya Chatterji from The University of Cambridge and race equality thinktank the Runnymede Trust.

They have worked with schools, teachers and young people to explore ways of creating a diverse history curriculum to inspire a new generation of young historians from all ethnic backgrounds, and to support teachers in delivering this work in the classroom.

The site was set up to meet demand from pupils for more diverse histories, and to support new GCSEs on migration to Britain developed by the OCR and AQA exam boards. Teachers and organisations including Teach First and the Institute of Education have helped to refine the site and raise its profile, responding to demands from young people seeking to ‘decolonise’ the curriculum.

Drawing on work from more than 80 academics, museums and archives, the website is divided into four time periods, from AD43 and the Roman invasion of Britain, to Polish migration after 2004. In each section, images, quotations, videos, reports, poems and extracts from novels and newspapers, as well as academic commentary, tell the stories of individuals and groups who have come to Britain as migrants and explain their influence on the country.

Most case studies include questions and classroom activities for teachers to use, as well as booklists and links to other websites and organisations. A separate part of the site is dedicated to teaching resources, with advice on how to teach migration, suggested lesson plans and further links.

Since its launch in September 2016, it has had more than 112,000 users from across the world, including the United States, India, Australia, Canada, Germany, France, Italy and the Philippines. In January 2018 it was awarded the Royal Historical Society’s online resources public history prize.

The site builds on The University of Manchester’s strong commitment to social responsibility, and in particular their Research Beacon goal of addressing global inequalities. The School of Social Science, which has supported this work, is home to the leading research centre on racial and ethnic inequality, the Centre on the Dynamics of Ethnicity, where Claire is co-director.

We are really delighted to receive this award. Our Migration Story was a truly collaborative effort, which benefitted from the expertise and generosity of our many contributors, and this award recognises their commitment to changing the debate around what British history is, which matters now more than ever.

“We hope this award will encourage schools, teachers and young people to build this into their curriculum, as well as changing the public understanding of British identity as inseparable from two thousand years of migration and settlement," Claire added.