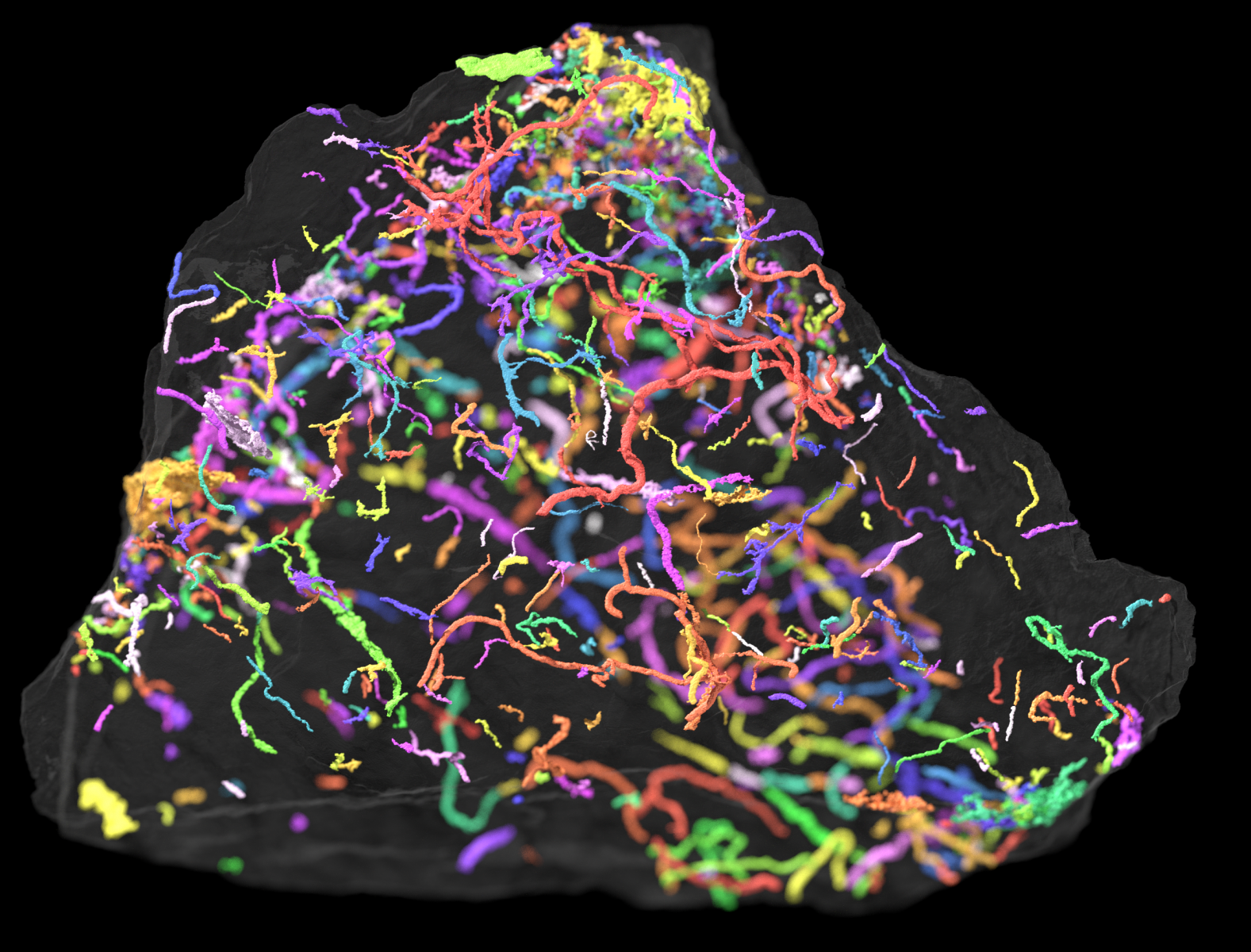 Scientists have discovered traces of life more than half-a-billion years old that could change the way we think about how all animals evolved on earth.

The international team, including palaeontologists from The University of Manchester, found a new set of trace fossils left by some of the first ever organisms capable of active movement. Trace fossils are the tracks and burrows left by living organisms, not physical remains such as bones or body parts.

The fossils were discovered in sediment in the Corumbá region of western Brazil, near the border with Bolivia. The burrows measure from under 50 to 600 micrometres or microns (μm) in diameter, meaning the creatures that made them were similar in size to a human hair which can range from 40 to 300 microns in width. One micrometre is just one thousandth of a millimetre.

Dr Russell Garwood, from Manchester's School of Earth and Environmental Sciences, said: ‘This is an especially exciting find due to the age of the rocks – these fossils are found in rock layers which actually pre-date the oldest fossils of complex animals – at least that is what all current fossil records would suggest.’

The Ediacaran–Cambrian transition is seen as extremely important period in evolutionary science and theory. Dr Garwood explains: ‘The evolutionary events during the Ediacaran–Cambrian transition are unparalleled in Earth history. That’s because current fossil records suggests that many animal groups alive today appeared in a really short time interval.’

However, the team suggest these burrows were created by ‘nematoid-like organisms’, similar to a modern-day roundworm, that used an undulating locomotion to move through the sediment, leaving these trace fossils behind. This is important because current DNA studies, known as ‘molecular clocks’, used to estimate how long ago a group animals originated, suggests the first animals appeared before these burrows. But this research, which has been published in Nature Ecology and Evolution, shows these trace fossils pre-date similar animals currently found in the fossil record.

Luke Parry, lead author from the University of Bristol, added: ‘Our new fossils show that complex animals with muscle control were around approximately 550 million years ago, and they may have been overlooked previously because they are so tiny.

'The fossils that we describe were made by quite complex animals that we call bilaterians. These are all animals that are more closely related to humans, rather than to simple creatures like jellyfish. Most fossils of bilaterian animals are younger, first appearing in the Cambrian period.’

To find such tiny fossils the team used X-ray microtomography, a special technique that uses X-rays to create a virtual, 3D model of something without destroying the original object.

The full paper 'Ichnological evidence for meiofaunal bilaterians from the terminal Ediacaran and earliest Cambrian of Brazil' has been published in Nature Ecology & Evolution - DOI 10.1038/s41559-017-0301-9