A pioneering new way to learn about music has been launched for the BBC Philharmonic’s 2019/20 season. 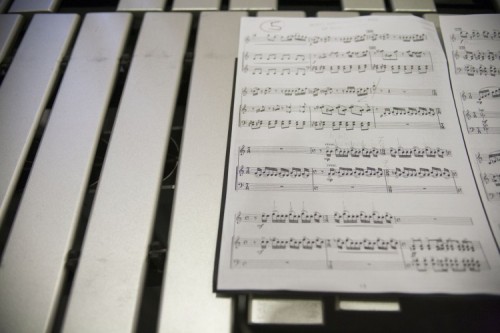 The Notes app encourages concert-goers to break convention and leave their smartphones on during performances, sending subscribers timely notifications about the music they are listening to, providing insights on the arrangements, the symbolism and the story behind the concert as it happens.

Prof Philip Grange, of The University of Manchester’s Department of Music, is part of this new wave of musical interpretation, having penned the notes to accompany the world premiere of his Violin Concerto on 2 November 2019 at The Bridgewater Hall.

“The idea is that you're encouraging people who want to learn more [about classical music] and if it gets more people into the concert halls, then that's absolutely a good thing,” he said.

Prof Grange’s 25-minute concerto featured some 50 notes sent out at appropriate moments to audience members at intervals of no more than three minutes apart, including narrative and technical content.

Notes users are seated in a specific section of the concert venue by way of purchasing a special Notes ticket, so as not to disturb other concert-goers.