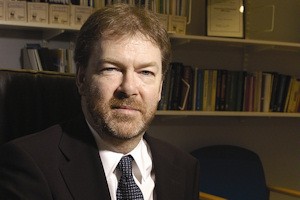 The number of people killed by mental health patients has fallen to its lowest level in a decade - figures released today show.

Experts suggest the fall in homicide reflects safer patient care and point to the possible effect of better treatment of drug and alcohol problems as well as new legal powers in the community.

But suicides among mental health patients increased with the current economic difficulties a likely factor.

The findings, reported in the National Confidential Inquiry into Suicide and Homicide by People with Mental Illness (NCI) produced by The University of Manchester, suggest more needs to be done to help mental health patients with debts, housing and employment.

The research team says safety efforts need to focus on patients receiving home treatment where there has been a rise in suicide deaths in recent years. Combined with a fall in the number of inpatient suicides, there are now twice as many suicides under home treatment as in inpatient care.

The report, commissioned by the Healthcare Quality Improvement Partnership on behalf of the NHS England, DHSSPS Northern Ireland, the Scottish Government, the Welsh Government and the Channel Islands, examined homicide and suicide figures for all four countries of the United Kingdom among mental health patients from 2001-2011 (figures for 2011 are provisional).

There were 33 homicides committed by mental health patients in England in 2010 – the lowest figure since data collection began in 1997 following a peak in 2006. A similar fall was found for homicide by people with schizophrenia in England (22 in 2010) and for people with symptoms of mental illness at the time of offence (England) (36 in 2010)*.

Professor Louis Appleby, Director of the National Confidential Inquiry, said:  “It is welcome news that patient homicides are falling and reflects well on the safety measures taken by mental health staff. These are early trends and the precise causes are unknown but they may reflect better care for “dual diagnosis” patients - those with both mental illness and alcohol or drug misuse. The introduction of new Community Treatment Orders may also have played a part.”

Provisional figures for suicide showed 1,333 suicides in mental health patients in England in 2011 – up from 1175 in 2010. Patient suicide in Scotland also rose but similar increases in Wales and Northern Ireland were based on small numbers and needed to be treated with caution, researchers said.

Professor Appleby, Professor of Psychiatry in the Institute of Brain, Behaviour and Mental Health at the University of Manchester and who is also part of Manchester Mental Health and Social Care Trust, said: “The increase in suicide among mental health patients is in line with an increase in the general population and is mostly likely due to the current economic circumstances. Although these are only early indicators, it would suggest services should try to address the economic difficulties of patients who might be at risk of suicide. Ensuring patients receive advice on debts, housing and employment could make a difference, while improvements in home treatment should now become a priority for suicide prevention. Particular caution is needed with home treatment for patients who live alone or are reluctant to accept treatment.”

Other findings in the report include:
• Opiates are now the main substances taken by patients in fatal overdoses in all countries;
• Hanging remains the main method for patient suicides (England, Northern Ireland, Wales).

For further information or to request an advanced copy of the report or an interview, please contact Alison Barbuti, Media Relations Officer | Faculty of Medical and Human Sciences |The University of Manchester| Tel. +44 (0)161 275 8383 | Mobile 07887 561 318 |Email: alison.barbuti@manchester.ac.uk

Notes to editors:
*People with symptoms of mental illness refers to people who were not ‘patients’ (not in contact with mental health services in the 12 months prior to death) but, in the psychiatric report prepared for the courts, the psychiatric assessment concluded that they were mentally ill at the time of the offence.
A full copy of The National Confidential Inquiry report is available on The University of Manchester website. It was being presented to the Royal College of Psychiatrists conference in Edinburgh by Professor Louis Appleby today (4 July).
The National Confidential Inquiry into Suicide and Homicide is a research project at the Centre for Suicide Prevention in the University of Manchester. Authors include: Louis Appleby, Nav Kapur, Jenny Shaw, Isabelle M Hunt, David White, Sandra Flynn, Kirsten Windfuhr, Alyson Williams, Alison Roscoe, Saied Ibrahim and Cathryn Rodway.

The Healthcare Quality Improvement Partnership (HQIP) is led by a consortium of the Academy of Medical Royal Colleges, the Royal College of Nursing and National Voices. Its aim is to promote quality improvement, and in particular to increase the impact that clinical audit has on healthcare quality in England and Wales. HQIP hosts the contract to manage and develop the National Clinical Audit and Patient Outcomes Programme (NCAPOP). Their purpose is to engage clinicians across England and Wales in systematic evaluation of their clinical practice against standards and to support and encourage improvement in the quality of treatment and care. The programme comprises more than 30 clinical audits that cover care provided to people with a wide range of medical, surgical and mental health conditions.