How are everyday scientific practices influenced by automation and digitalization?

How are everyday scientific practices influenced by automation and digitalization? 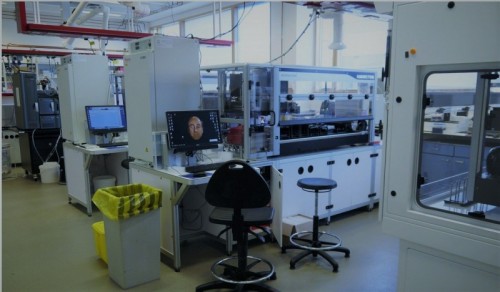 Digital technologies and robotics are often expected to release knowledge workers from routine work – typically framed as ‘mundane’ – freeing their time to pursue more valuable types of knowledge work, while increasing their productivity. So, more digitalization and robots in scientific labs will lead to scientists having more time to work on more creative outputs, yes?

Well, not quite. The effects of automation and digitalization on the everyday work of scientists are rather more complicated, as shown in a new paper.

Written by Barbara Ribeiro, Robert Meckin, Andy Balmer, and Philip Shapira, the paper “The digitalisation paradox of everyday scientific labour: How mundane knowledge work is amplified and diversified in the biosciences” is published in Research Policy.

Drawing on a practice-based study of synthetic biology researchers and labs, the study shows the emergence and persistence of ‘mundane knowledge work’, including practices of checking, sharing and standardizing data; and preparing, repairing, and supervising laboratory robots.

Contrary to expectations of the removal of such work by automation and digitalization, the authors show that mundane work around data and robots persists through “amplification” and “diversification” processes. Amplification is interpreted as the increase in labor time required to attend to manual or cognitive tasks (existing or new) generated by automation and digitalization. Diversification refers to changes in the types of tasks performed.

While these are subsidiary practices that are often invisible in comparison to the scientific outputs used to measure performance, mundane knowledge work constitutes a fundamental part of automated and digitalized biosciences, shaping scientists’ working time and responsibilities.

The persistence of mundane knowledge work suggests a digitalization paradox: while robotics and advanced data analytics aim at simplifying work processes, they also contribute to increasing their complexity in terms of number and diversity of tasks in creative, knowledge-intensive professions.