Whilst social distancing is necessary, it can have detrimental effects to the most vulnerable in society.

Patty Doran, Chris Phillipson, Tine Buffel, Sophie Yarker and Camilla Lewis of the Manchester Urban Ageing Research Group discuss the negative impact of social distancing and suggest what needs to be done to better support those most vulnerable. 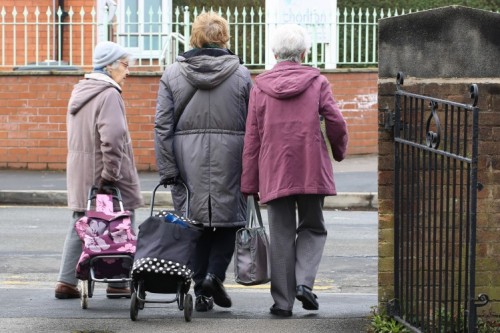 The full impact of changes brought about by COVID-19 will not be known for some time. What we do know, however, is that ‘social distancing’, has in a few short weeks entirely reshaped our lives. But in order for social distancing policies to be effective, it’s vital that we understand the social context for these policies, and in particular, the way they are likely to affect those living in low-income communities.

The UK Government has produced guidance on ‘social distancing’, with a focus on those aged 70 and over, and those under 70 with particular health conditions. The argument for social distancing is supported by substantial evidence and it’s clear that it will be crucial to getting the outbreak under control. At the same time, it’s vital that we shouldn’t neglect the impact it may have on mental health and inequalities, something which the Guidelines do not address.

For people suffering from anxiety and depression or diagnosed with dementia, social distancing could have a severe impact, in exacerbating such conditions. There is also a real danger that social distancing may turn into ‘social isolation’ for those without a strong network of family and friends and a way to connect to others outside the home, such as digital technology. While the value of online support is emphasised in the Guidelines, nearly half of those 75 and over do not use or do not have access to the internet.

Another concern is the worsening of existing inequalities among the older population by COVID-19. The pandemic is taking place, as the recent Marmot Report highlighted, when health inequalities between poor and richer neighbourhoods are increasing. The effects of a decade of austerity will deepen the medical impact of the virus further.

People living in poorer communities have been identified as being at a higher risk of dying from COVID-19. Research suggests that people from this background may be at risk from as young as 50, rather than over 70. Older people from minority ethnic groups in the UK tend to be at heightened risk of experiencing health and social inequalities and are more likely to be seriously affected by COVID-19 than white people.

One survey of patients in intensive care found that 35% of nearly 2,000 patients were from minority ethnic groups, nearly triple the 13% in the UK population as a whole.

We suggest at least three areas of work that need to be developed in the present crisis:

A major gap in the government’s response has been the failure to provide aid to the UK’s poorest communities. These have been hit hard by 10 years of austerity, bearing the brunt of the almost £900 million cuts to public health over the period 2014-2019. Key areas of support for older people provided through voluntary organisations and food banks are being lost, with income substantially reduced as a result of the lockdown. The government should prioritise the needs of older populations living in lower-income neighbourhoods through supporting new and existing sources of assistance.

As the COVID-19 crisis continues, fresh guidelines on social distancing will need to be produced. New ways of maintaining social connections will have to be created – and not just through online platforms. Measures need to be taken to prevent the effects of extreme isolation. For example, there will be a pressing need to support the estimated 1 in 10 older people malnourished or at risk of malnutrition.

The media has a crucial role to play in the current crisis, especially in challenging images that present old age as a condition of frailty and vulnerability.

Addressing the social and community elements of the virus will help increase the effectiveness of interventions and protect older people living in vulnerable positions. Widening the debate about COVID-19, along the lines highlighted, is an urgent priority.