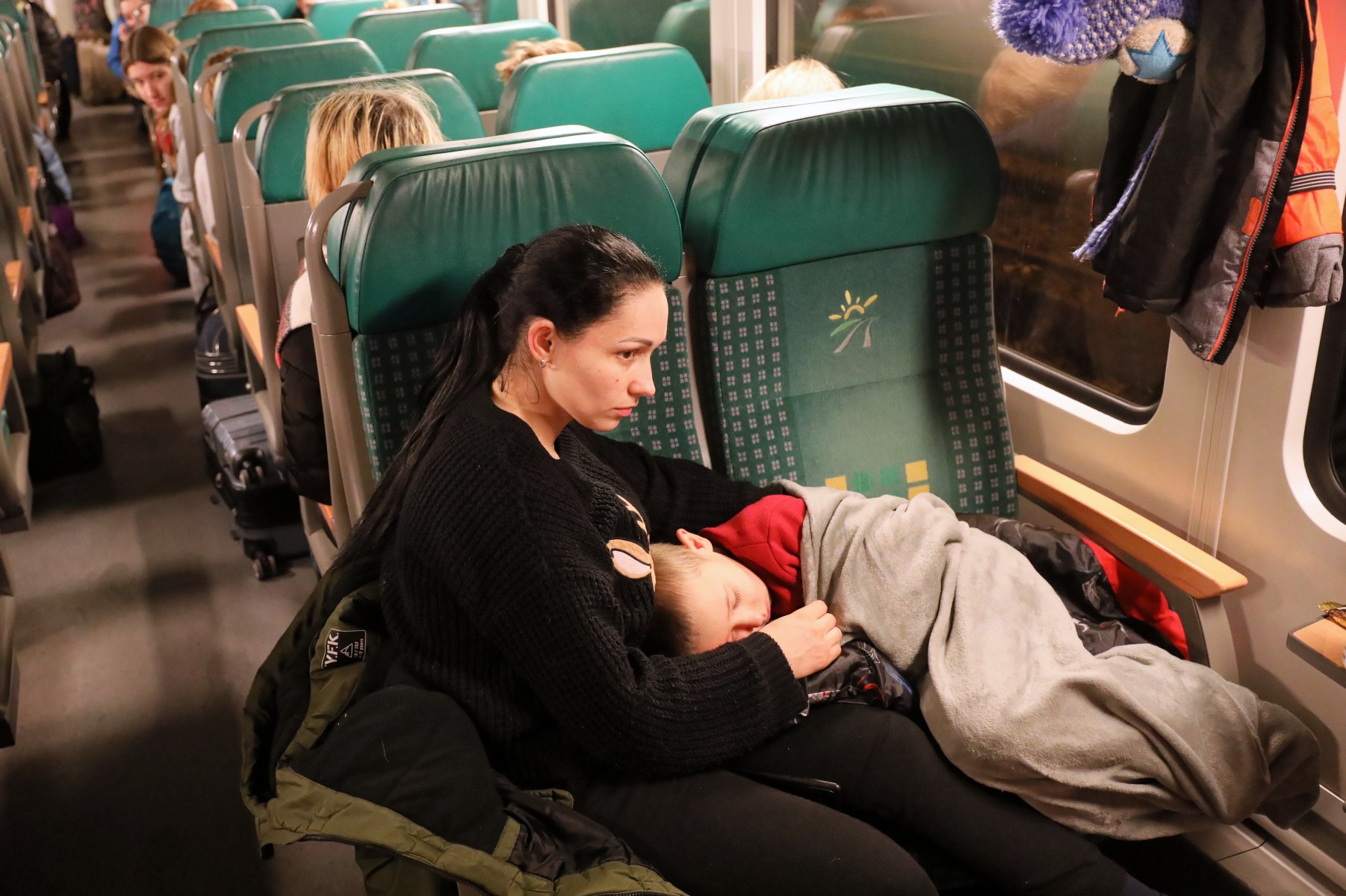 file-20220303-19-1xaajzg
epa09797855 Refugees from Ukraine wait at the railway station in Chelm, from where they will take a special train to Warsaw, Poland, 02 March 2022. Russian troops entered Ukraine on 24 February prompting the country's president to declare martial law and triggering a series of announcements by Western countries to impose severe economic sanctions on Russia. EPA-EFE/PAWEL SUPERNAK POLAND OUT

We’ve all been moved and concerned by the events taking place in Ukraine, and many of us want to know how we can help. As governments around the world respond, you may be wondering how you can push our own government to do more or to respond differently. Here’s how to contact your MP if you are concerned about the conflict in Ukraine –– and what difference it will make if you do.

The first step is to check who your MP is by using this easy search tool. Once you know who they are, you can then choose how to contact them. All MPs can be contacted by post (just send your letter to House of Commons, London SW1A 0AA) or by email.

The MP search tool will also show you their official email address. Parliamentary rules mean that MPs can only respond to communication from their own constituents, so it’s really important that you send your letter or email to your own MP.

What should I write?

People write to their MPs for all sorts of reasons, including asking for help with services such as benefits and tax or to discuss matters relating to immigration, the NHS and child support. These sorts of letters are usually dealt with by the MP’s constituency office, which will be based in your local area.

You can also write to your MP about bigger issues relating to national government policy – including foreign affairs issues like the Ukraine conflict. It’s a good idea to say what you want your MP to do. For instance, are you writing because you would like your MP to vote in a particular way in parliament on an upcoming issue? In the case of Ukraine, it may be that you’d like your MP to push the government to take more action, or a different course of action. It’s also a good idea to set out your reasons for wanting this particular course of action. 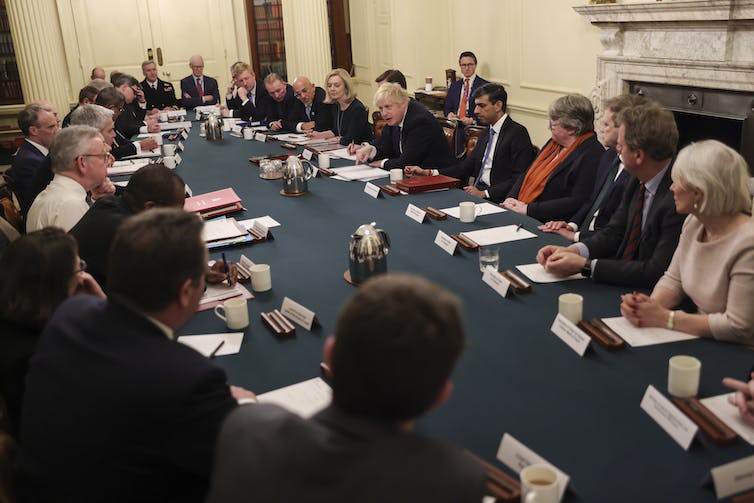 Perhaps you want them to sign an early day motion (EDM) – a request for parliament to hold a debate on a specific issue. In practice, these work a bit like petitions, demonstrating which MPs agree with proposals and raising awareness of campaigns or events. MPs write them and encourage their colleagues to sign them in support of a particular issue. Recent EDMs include a request from Labour MP Clive Betts that Uefa to move the Champions’ League final outside Russia.

Should I write my own message or use a template?

Sometimes campaign groups provide a template to copy and paste when you contact your MP, or they may ask you to use an online form (see this example here from Amnesty International on the recent policing bill). This may be pre-filled with requests and explanations. Even if you agree with all of what the group is asking for, it’s a good idea to put these into your own words. If the issue affects you or your family personally, then say so.

Individually crafted letters and emails are often more persuasive and carry more weight than hundreds of identical emails. Although we typically only contact our MPs when we want to complain or object to something – you can also write to show your support for an issue or decision too. These letters are typically (though not always) dealt with by your MP’s staff at Westminster.

What if I didn’t vote for my MP?

It doesn’t matter if you didn’t vote for your MP or if you are a member or supporter of another party. They represent all of their constituents and regardless of political affiliation, your correspondence will be dealt with in the same way.

If you have contacted your MP about a personal issue, they will get back to you and let you know if they are able to help by letter, email or phone call.

If you asked about a policy issue, there are several options available to your MP. In all cases, you should receive a message back from your MP with their own thoughts on the issue. They may say why they agree or disagree with you or explain how they have raised the issue in parliament. Your MP may forward your message to a government minister and ask for a response, which they will then forward to you. 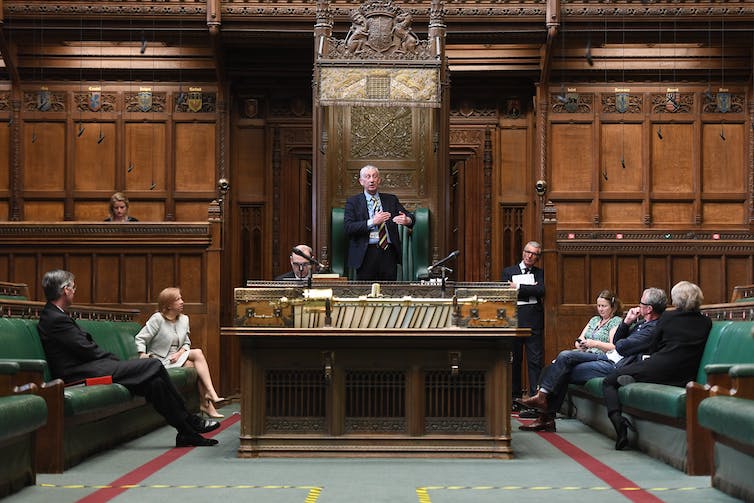 Sometimes an MP will raise a constituent’s issue in the House of Commons chamber. A quick search of Hansard (the record of parliamentary debates) over the last year shows over 150 explicit references to constituents’ concerns in this way. Labour MP Barbara Keeley, for example, recently asked Home Secretary Priti Patel for clarification around visa rules on behalf of one of her constituents who was trying to bring family members over from Ukraine.

Only a few constituency correspondence will be mentioned in the chamber in this way, and your MP will let you know if and when this happens.

Is it worth it?

There is much value in writing to your MP. After all, it is difficult for them to represent their constituents in parliament if they don’t know what they are thinking. MPs need to see both sides of the debate to decide how to vote. Letters and emails are particularly valuable as part of a broader campaign where they can help to build momentum behind an issue. If lots of MPs raise the same issue with a government minister, its significance and importance will grow.

It doesn’t really make much difference whether your MP sits on the government or the opposition benches, and, in fact, cross-party campaigns can be very powerful.

However, if your MP is a government minister, whip of parliamentary private secretary, there will be some restrictions on what they can and can’t do. They aren’t allowed to sign EDMs, for instance.

Is there anything else I can do?

Another good way of showing MPs what you think about issues is to create or sign a petition. Research shows these can be a very powerful tool to express concern or dissatisfaction with government policy. The government responds to all petitions that receive 10,000 signatures. And those that reach 100,000 are considered for debate in parliament – including this one calling for more support for Ukrainian refugees.

Louise Thompson, Senior Lecturer in Politics, University of Manchester. This article is republished from The Conversation under a Creative Commons license. Read the original article.