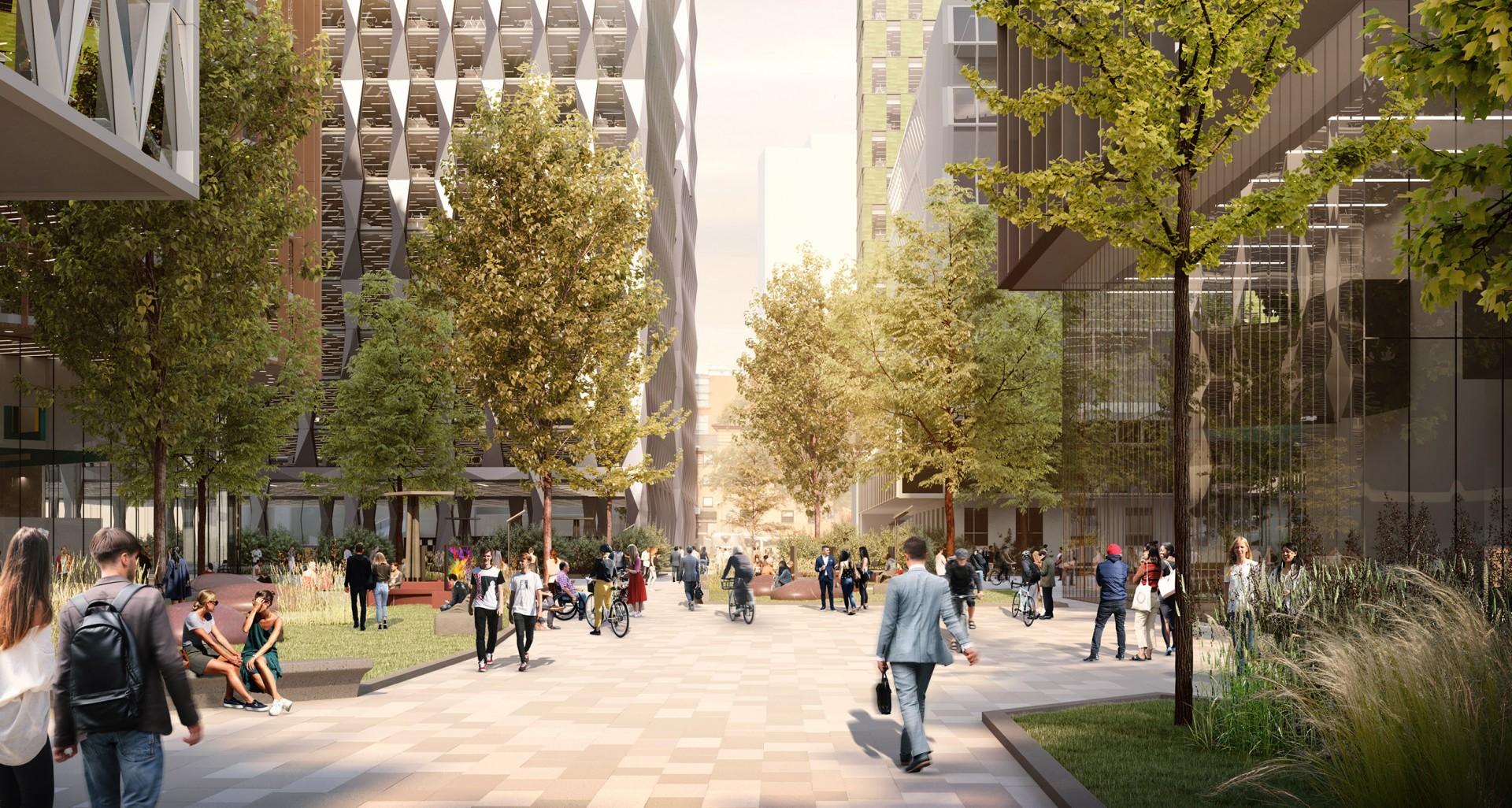 Today The University of Manchester announced it received an impressive response to its international search to find a development and investment partner to deliver the £1.5 billion new world-class innovation district ID Manchester.

The University has reviewed all the submissions and has invited the six highest scoring candidates to move on to the dialogue stage of the procurement process. As part of this next stage, further submissions will be made to the University in February next year.

Professor Dame Nancy Rothwell, President and Vice-Chancellor of The University of Manchester, said: ”The high calibre and quality of the submissions we received clearly shows our vision for ID Manchester, coupled with our track record as an engine of innovation and research excellence, and Manchester’s continued transformation into a major European city has captured international, as well as national attention.”

“ID Manchester is far more than a property transaction; I truly believe we can make ID Manchester the innovation capital of Europe, providing the perfect conditions for organisations of all sizes and from different sectors, to share knowledge and work together turning incredible ideas into reality.”

Diana Hampson, Director of Estates and Facilities at The University of Manchester said: “ID Manchester will create a new, world-class innovation district situated in the heart of Manchester and alongside the University. It is where the next generation of game-changing businesses will be nurtured, and it will bring huge economic benefits to our city region and beyond.”

Sir Richard Leese, leader, Manchester City Council said: “I am very pleased to hear the University has received such impressive submissions from potential partners for ID Manchester, it is just another example of the continued international impact of Manchester and the University.”

The high calibre and quality of the submissions we received clearly shows our vision for ID Manchester, coupled with our track record as an engine of innovation and research excellence, and Manchester’s continued transformation into a major European city has captured international, as well as national attention

The Vision for ID Manchester

ID Manchester will be a new neighbourhood that will be an engine for economic growth with the potential to create over 6,000 new jobs.

Since 2004 the University has contributed £746 million to the economy through nurturing and developing businesses spinning-out of its research and development facilities, and it is on these foundations it seeks to build ID Manchester.

The site benefits from existing green space and the unique feature of the 650,000 square feet (60,000 square metres) Grade II listed Sackville Street Building, which offers a fantastic opportunity for re-purposing.

The University occupies the recently opened £60 million Masdar Building, home to the Graphene Engineering Innovation Centre, and the Manchester Institute of Biotechnology at the south end of the site and is looking for a partner to develop the remaining c.18 acres (7.3 hectares) of the site.

ID Manchester is adjacent to Manchester’s main public transport hub, Piccadilly Railway Station and is a 20-minute train journey to the international airport.

ID Manchester is one of the last major development opportunity sites in the city, another piece in the jigsaw of the major regeneration taking place in that area of the city including Mayfield, London Road Fire Station, Kampus, Circle Square and the £1 billion investment already being made into its main Oxford Road campus by The University of Manchester.

It is envisaged that the process will take around 12 months, with a partner announcement being made in autumn 2020.