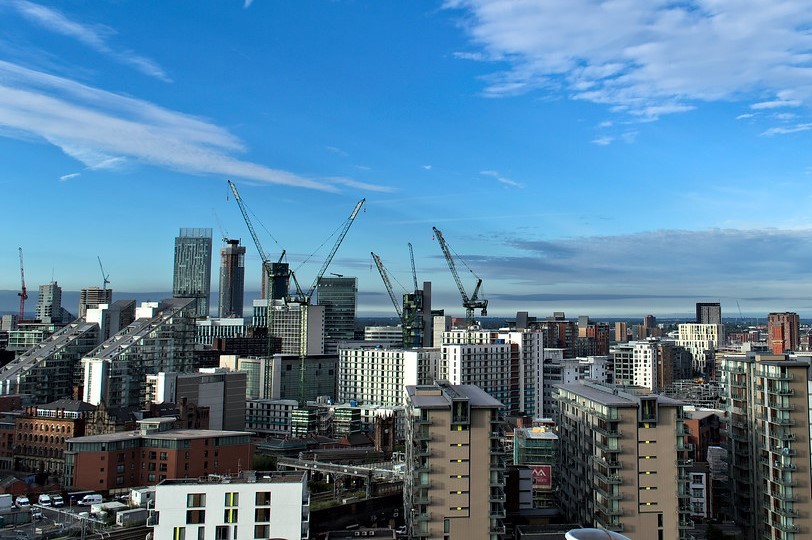 Experts are calling for Greater Manchester’s leaders to commit to more ‘inclusive growth’ - economic prosperity that creates opportunities and benefits for all citizens - in a new report.

Since 2016, the city region has taken important steps including a revised spatial framework, a good employment charter, skills and health initiatives, business support and a Co-op Commission.

However, The University of Manchester’s Inclusive Growth Analysis Unit and the Joseph Rowntree Foundation say that GM’s leaders need to go further by making inclusive growth their key goal, and to set the city region on a long-term path towards a fairer and more sustainable economy and society.

The report’s recommendations include the creation of a more ambitious long term economic, social and environmental vision. It proposes that the Mayor works with residents to understand what they mean by ‘prosperity’, ‘inclusion’, ‘living standards’ and ‘inclusive growth’, and establish what kind of GM people want - and for this to be the basis for the next GM strategy.

“The GM economy as a whole performs relatively well compared to other UK cities outside London, but it underperforms the UK economy as a whole and that of other leading European city regions,” said Professor Ruth Lupton, Head of the Inclusive Growth Analysis Unit. “The city region has high poverty and significant problems of neighbourhood deprivation, low pay and insecure employment – and women, minority ethnic groups and disabled people tend to fare much worse than others.”

Tackling these social and spatial inequalities would enable GM to make more use of the talents of a wider range of its people. Changing economic behaviours and labour market practices would spread the benefits of economic activity more widely, raising living standards and combating poverty and injustice.

The report also says that the Greater Manchester Combined Authority (GMCA) should develop inclusive economy plans for all major development sites identified in the GM Spatial Framework, and that the Mayor should appoint a Neighbourhoods Champion to ensure all areas benefit from the city’s economic, technological, environmental and social transformation.

Another key proposal in the report is for the establishment of an investment fund to support innovative proposals led by business, voluntary, community and social enterprise actors.

“The Inclusive Growth Analysis Unit has done some remarkable work over the past four years uncovering and analysing evidence about the scale of inequality in our city region, and opening up debate about ‘inclusive growth’ and how we can ensure that economic prosperity creates broadbased opportunities that will benefit everyone,” said Dame Nancy Rothwell, President and Vice- Chancellor of The University of Manchester. “Their work is a perfect example of how a leading research university - in partnership with a forward-thinking research foundation – can be both locally focused and globally relevant.”

“It demonstrates how we can make a practical and valuable contribution to improving the health, wealth and happiness of our own community whilst also pioneering new approaches, strategies and policies that will be relevant to other UK and international cities.”

Click here to read the report in full, or see the summary document.