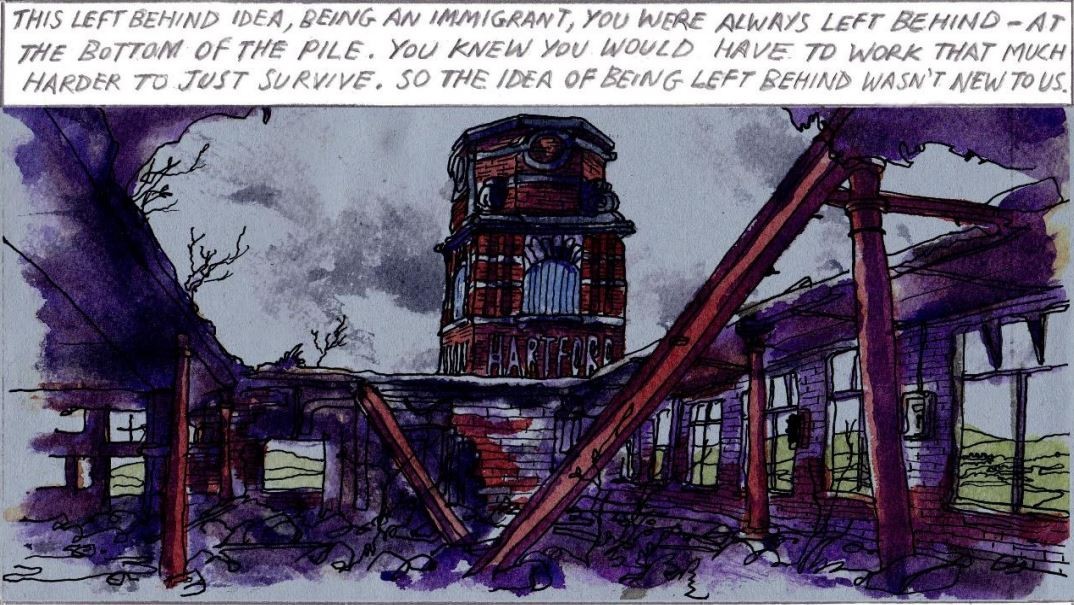 A new report has highlighted the widespread inequalities in Oldham, a former mill town in Greater Manchester recently identified as the most deprived place in England.

The research, by academics from The University of Manchester’s Centre on Dynamics of Ethnicity and The University of Warwick, redefines the term ‘left behind’ – usually meaning the white working class - to include people of all racial and ethnic backgrounds, by demonstrating that they all suffer from the same social and economic deprivation, with black and minority ethnic groups enduring disproportionate levels of disadvantages.

The academics interviewed Oldham residents from White English, British Bangladeshi, British Pakistani and Black British backgrounds. The interviews focused on their experiences of life in Oldham, both in the past and the present, and discussions centred on what residents identified as the most important issues and challenges facing the town.

The report also includes analysis of census data to provide a sense of the changes in the social, economic and demographic features of the town. Archival research was also conducted in local and national news publications, identifying key moments in the town’s recent history.

The researchers found that deprivation and inequality are widespread in Oldham, and that it fares poorly across a range of social and economic indicators. While it is the case that white working class’ communities have suffered through deindustrialisation, austerity and welfare reform, black and minority ethnic groups often suffer disproportionate disadvantages, particularly in areas such as employment and housing.

Brexit was a source of immense concern and anxiety for Oldham residents, due to the ways in which it would impact negatively on local economic conditions that were already severely compromised. As well as discussing the nature and impact of structural and institutional racism, residents also said that the subsequent deepening of anti-immigrant and anti-minority sentiment has damaged relations between the town’s communities.

While residents were pleased to see some investment and regeneration in the town centre, they said that this must be shared across all areas of Oldham, as well as highlighting the need for a greater availability of secure, well-paid work, adequate housing, and community resources such as youth services that would allow local residents to develop a meaningful sense of place and community.

“We embarked on this research to challenge the increasingly dominant political narrative of the ‘left behind’ that gained ground after the rise of UKIP, and the Brexit Party after the EU referendum,” said Stephen Ashe.

Our findings demonstrate that inequality affects people from all races and backgrounds - disproportionately so for people from black and minority ethnic groups - and that political exclusion is an enduring reality for many minority people. Many people felt a sense of frustration that politicians have given up on towns such as Oldham and people like them - a sense of being ‘left behind’ is consequently much more widespread than the dominant narrative allows for.