Dr Sarah Parkhouse has recently joined the Centre for Biblical Studies as a British Academy postdoctoral fellow. We sat down to discuss her work and the research project she will be undertaking.

CBS: Could you begin by telling us about the project you’ll be working on during your time at Manchester?

SP: My postdoctoral project is called “Coptic Apocrypha, Lived Religion and the Egyptian Landscape” and it’s funded by the British Academy.

Over the next few years, I’ll be asking who was reading Coptic apocrypha, and in what contexts, and what practices it validated and reinforced. The project will deploy the concept of ‘lived religion’ to analyse practices in light of local reading contexts and take a spatial approach to determine how Coptic apocrypha interacted with the cultural and physical landscape of Egypt. I am also hoping to develop broader theoretical perspectives regarding religious diversity and locality across times and places.

CBS: Did this feel like a natural progression from your doctoral work?

SP: Yes and no. My PhD was on the genre and eschatology of Coptic ‘dialogue gospels’, so I am working on a similar pool of texts but thinking about them in a very different way. The concepts of lived religion and locality are quite a jump from my doctoral research and something I became really interested while working at ACU, Melbourne, after completing my doctorate. 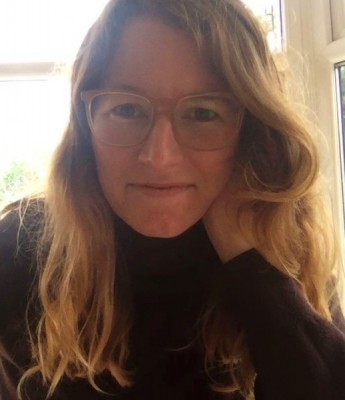 CBS: How did you first become interested in apocrypha?

SP: I started reading apocrypha and early patristic works as an undergraduate – before I read much (or perhaps any) of the Bible. I was interested in a broad range of religious literature and practices, so I was reading the Apocryphon of John and Irenaeus alongside the Upanishads, Iamblichus and Lao Tzu. Somehow, I ended up still working on Christian apocrypha a decade later.

CBS: Do you have any reading recommendations for those with a burgeoning interest in lived religion in early Christianity?

CBS: How do you expect to develop broader theoretical perspectives about lived religion and landscape?

SP: In 2020, in Melbourne (the month before lockdown!), I ran an interdisciplinary colloquium that explored space, place and religious identity throughout time and cultures. The topics explored included ancient Greek and Roman literature, medieval Europe, contemporary sacred spaces in India, Italy and England, aboriginal place-making, migrant communities in suburbia, and conflict resolution. The aim was to bring together disparate expertise to develop shared theoretical perspectives, and this is something I am hoping to continue during my time at Manchester.

CBS: Where can readers engage with your work?

SP: My PhD was published with Cambridge University Press under the title ‘Eschatology and the Saviour: The Gospel of Mary among Early Christian Dialogue Gospels’ which came out in affordable paperback form last year! I’ve published two edited volumes on canonical and non-canonical gospel-like texts (both co-edited with Francis Watson) and articles on the First Apocalypse of James and the Passion of Perpetua. I recently completed a fellowship at the Warburg Institute, working on the Pistis Sophia, so look out for the results of that.