Is the future of work necessarily glamorous? Digital nomads and ‘van life’
Newsroom

Is the future of work necessarily glamorous? Digital nomads and ‘van life’ 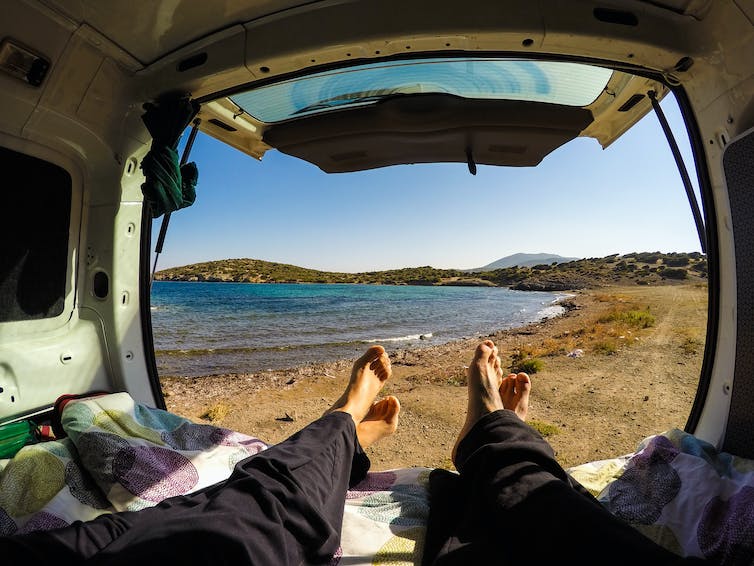 On the road again… Shutterstock

Digital nomadism continues its steady rise in most western countries. It consists of a mobile lifestyle that encompasses corporate remote workers, freelancers and entrepreneurs. Laptops, smartphones, wi-fi connections, coworking spaces, coffee shops and public libraries are some of the key components of this new work culture.

Increasingly at the heart of this new way of living and working is “van life”, which is an aesthetic in itself – as demonstrated by the high use of the hashtag #vanlife on Instagram. The website Nomad List, which has more than 10,000 members, is one platform among many that helps users locate fellow digital nomads and to get a glimpse of the digital-nomad community of a given city. Facebook also hosts numerous groups of digital nomads who use the platform to share events and practices. Digital nomadism has then become a form of culture on its own, with individuals clearly identifying themselves as digital nomads, actively participating in the digital-nomad life of the cities where they temporarily reside.

Beyond these collective platforms, many nomads broadcast their lives on Twitter, Instagram, Facebook, Medium and other social networks. In that sense, they are as much bloggers as they are entrepreneurs. Combining work with enticing sceneries – white sandy beaches in Bali, a sunset in the Death Valley, a coworking space in Berlin – is absolutely central to how they portray their daily lives. TV reports or documentaries (such as I tried living as a digital nomad on CNBC) showcase mobile work, nomad entrepreneurs and these new connected ways of life. 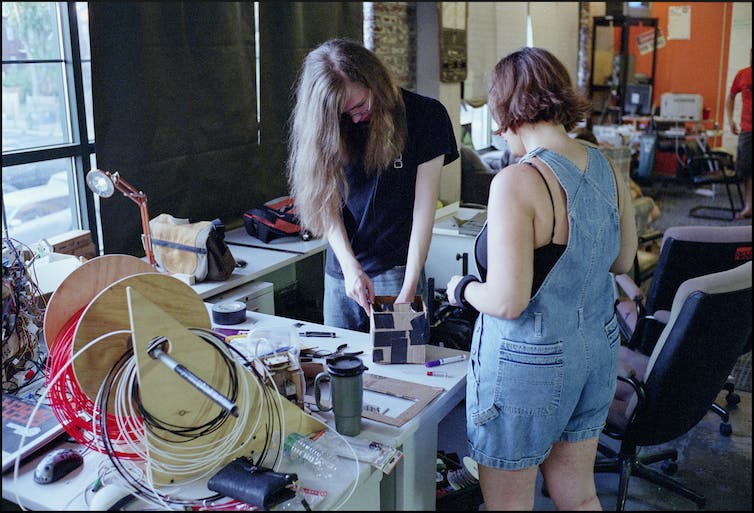 As academics, we are often surprised to notice that our own students dream more and more of “entrepreneurship at large”, and this mobile form of entrepreneurship seems particularly enticing and popular.

An on-going project by the research network RGCS created an opportunity to travel all over the world and to meet many young entrepreneurs and digital nomads. Most of these encounters occurred in Paris, Berlin, San Francisco, New York, Barcelona, London, Singapore, Tel Aviv, Tokyo and Montreal during residence period and visits of coworking spaces, maker spaces, hacker spaces and incubators.

These young entrepreneurs and digital nomads were often involved in all sorts of digital ventures. When opportunities for discussions arose, many confessed that their activity was (until now) not really profitable, with their activities being financed through personal savings, family support or gift exchanges. Furthermore, it also appeared that few countries have a legal status for nomads and nomadism – and once a company is “anchored” somewhere, it is really difficult to change its location. We were also surprised to hear that some nomad workers spend a large proportion of their earnings (or savings) on clothes and accessories. Blogging not only requires showing beautiful and exotic settings, but also broadcasting a trendy and desirable image of oneself. Designer clothes, fancy equipment and a “hipster” style clearly have a cost.

In our exploration of digital platforms, we were also surprised to discover that many of the people registered on digital-nomad platforms were still in the development phase of their entrepreneurial lives (even those having long-time registrations), were unemployed or were regular employees (e.g. slashers). As such, they were not quite digital nomads. The reality might thus be quite different from the glamorous portrayals of digital nomads’ lives. While a minority may manage to achieve this sort of life, for many this remains an illusion or a far-away dream.

This is not necessarily an issue for many young people interested in digital nomadism. Many highlighted how this constitutes a great one-year adventure, a transition between university life and the job market, an opportunity for self-discovery or simply a fun and enjoyable experience. Some mentioned that this is an occasion to experiment with something different before joining a large corporation and being simply “one of many”. In other words, being a digital nomad even for a short period can be seen as a way of highlighting one’s individuality and an attempt to “stray from the herd”. Philosophical works stressing the importance of embodiment and inter-corporeity (e.g., Merleau-Ponty) and movements or nomadism (for example, Gilles Deleuze) could be an opportunity to better understand these phenomena.

Beyond the case of digital nomadism itself, an important dimension of new work practices is their aesthetic. Freelancing, coworking, do-it-yourself (DIY) movements, mobile work, working at home and hacking appear as glamorous undertakings. Certaintly, the visions that Frederick Taylor and Henry Ford had of work were very different from these new practices, which break through the idea that there are codes devoted to work and others to home. They’re clearly interpenetrated by the logic of “third places”, as elaborated by Ray Oldenburg in 1989. They create a sense of something emotionally between home and work; it is as fun as leisure and as personal and potentially self-fulfilling as private life and home activities, while also being as economic, utilitarian and public-space-oriented as work.

Should we advise university and high-school students to become digital nomads? As part of the apprenticeship of the new world of work, probably yes. As part of a transition period before the world of work? Definitely.