Itching can have a visual trigger, new research reveals
Newsroom

Itching can have a visual trigger, new research reveals 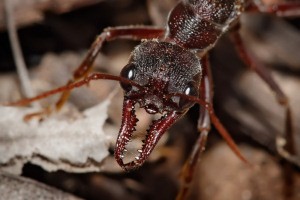 Itching is so contagious that simply seeing an image of an itch stimulus – such as ants or an insect bite – can trigger a physical response, new research suggests.

Researchers from The University of Manchester and Liverpool John Moores University (LJMU) say their findings – published in the British Journal of Dermatology – could be of benefit to patients with skin conditions like eczema.

The team tested whether visual cues could generate feelings of itch and provoke a scratch response. A secondary aim was to assess whether the content of some pictures more effectively evoked these sensations. The study also revealed that simply watching someone scratch may trigger feelings of itchiness, just like seeing someone yawn can be contagious.

Thirty participants viewed static images that could either be itch-related (for example ants, fleas or skin conditions) or neutral (butterflies or healthy skin). The itch-evoking images were further split into three sub-categories: ‘skin contact’ (for example ants crawling on the hand or a butterfly on a finger), ‘skin response’ (scratching an insect bite or washing the hands) or ‘context only’, in which itchy or neutral stimuli were seen in the environment but not on the body (for example viewing midges or birds flying, with no reference to skin).

The scientists discovered that visual cues alone (without application of any irritant to the skin) do indeed elicit sensations of itch in an observer and provoke a scratch response.

Furthermore, watching something that we associate with itchiness causes us to admit to feeling itchy, but in fact it is watching another person scratch themselves (rather than just seeing the cause of the itch) that causes us to subconsciously scratch ourselves also, without necessarily vocalising this or knowing we are doing it.

Professor Francis McGlone, a cognitive neuroscientist at LJMU and the study’s lead author, explained: “The results of the present study confirm that visual cues pertaining to itch-related events are effective in transmitting the sensation of itch from the visual to the somatosensory domain (the body’s system relating to the sensation of touch) and provoking a scratch response. The results suggest that, whereas the sensation of itch may be effectively transmitted by viewing others experiencing itch-related stimuli on the body, the desire to scratch is more effectively provoked by viewing others scratching.

“Our findings may help to improve the efficiency of treatment programmes for people suffering from chronic itch. Knowing the specific triggers of an individual’s chronic itch and how visual stimuli translate to the physical may also provide insight into the mechanisms of ‘psychosomatic itch’, in which there are no physical triggers.”

Nina Goad of the British Association of Dermatologists said: “Itch is often the worst symptom for people with skin disorders, and any research into its causes that may lead to new methods of alleviation will be greatly welcomed by the millions of skin patients. Combining elements of psychology with dermatology is an increasingly important area of research.”

The article, ‘Can itch-related visual stimuli alone provoke a scratchresponse in healthy individuals?’ by D. M. Lloyd 1, E. Hall1, S. Hall 1 and F. P. McGlone 2, published in the British Journal of Dermatology can be viewed online at: www.brjdermatol.org