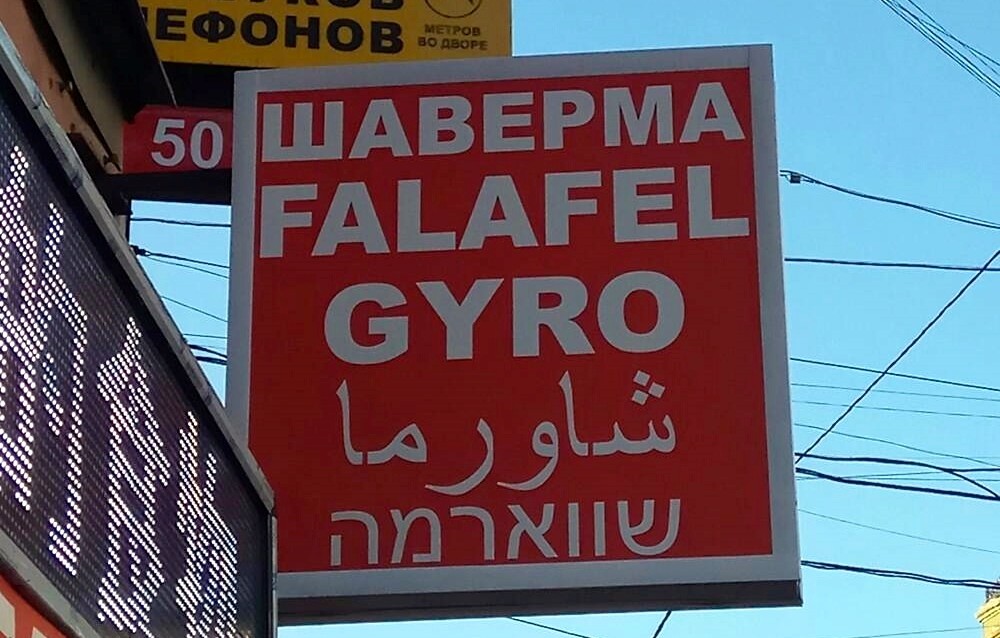 Students and citizens in Saint Petersburg will now have access to a Russian version of LinguaSnapp - The University of Manchester’s mobile app for documenting language landscapes.

The app allows users to collect and upload images of signs in different languages to a digital archive that is accessible to the public.

It was developed by the Multilingual Manchester research unit and the University’s Research IT in 2016, and has since been used by researchers to map the use of different languages in Manchester and to inform planning and provisions in the commercial and public sectors.

Schools use the LinguaSnapp archive to raise pupils’ awareness of local communities, and of the city’s language and cultural diversity. Bespoke versions of the app have also been released for Jerusalem and Melbourne.

The Saint Petersburg edition has been produced with the Higher School for Economics, and is being launched at an international conference on the study of linguistic landscapes in multilingual cities.

Manchester’s language diversity has become part of the city’s identity. Now, it is also a theme that allows us to connect with other cities in the world.

Professor Yaron Matras, founder of The University of Manchester’s Multilingual Manchester unit and initiator of the app
„
Follow me on Twitter (opens in new window)

“In addition to celebrating the shared values of multiculturalism, this vital UK-Russia collaboration is rebuilding trust between our peoples just as diplomatic relations have reached crisis point,” said Professor Stephen Hutchings, a Russia specialist and member of Multilingual Manchester. “It reminds us that information technology is a force for good as well as a tool of warfare.”

“LinguaSnapp is an exciting example of the opportunities that we have to engage with researchers in the arts and humanities, and to create new tools that appeal to students and the wider public, both nationally and internationally,” said Andrew Jerrison of the University’s Research IT group, who designed the app.