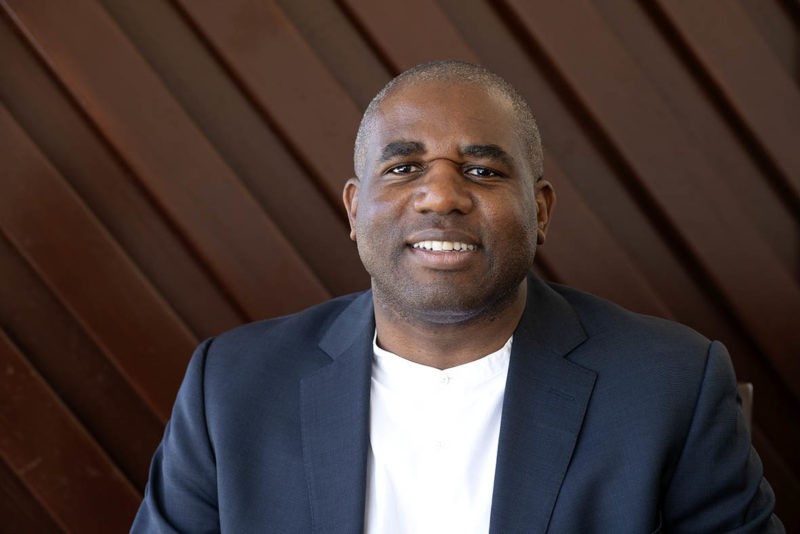 Shadow Foreign Secretary David Lammy MP has welcomed a report by experts from The University of Manchester which highlighted the issue of racial bias in the justice system, after a meeting to discuss the findings with the academics and co-authors who compiled it.

The report, which was published late last year, raised urgent questions about racial attitudes and practices in the justice system - particularly in the judiciary - in England and Wales.

Drawing on a survey of 373 legal professionals, it found that 95% of respondents said that racial bias plays some role in the processes or outcomes of the justice system, and 29% said it played a ‘fundamental role’. A majority of respondents had witnessed one or more judges acting in a racially biased way towards a defendant and in their decision-making.

Racial discrimination by judges is most frequently directed towards Asian and Black people according to the survey, with people from Black communities - lawyers, witnesses and defendants alike - by far the most common targets of judicial discrimination. Young Black male defendants were the subgroup most frequently mentioned as targets of judicial bias.

Although the judiciary wields enormous power over individuals, its operations are alarmingly underscrutinised, and judicial racial bias has previously remained largely beyond examination. The evidence in the report rang alarm bells about access to fair trials, hearings and tribunals as well as to equal professional development.

David Lammy, who is Labour MP for Tottenham and a former Shadow Justice Secretary, has previously written a highly critical report about the subject after being commissioned to do so by the then Prime Minister David Cameron in 2016. It found that racial disparities in the criminal justice system in England and Wales were even worse than in the US in some cases.

His report made a series of recommendations including the sealing of criminal records to help former offenders find employment, and the adoption of the German system which allows juvenile law to be applied to young adults if their ‘moral and psychological development’ suggests they are not mature enough to be tried as adults.

My review recognised the need for action to combat racism and racial bias in the criminal justice system, but action is well overdue. Having met with academics and co-authors from The University of Manchester, I welcome their latest report which adds further evidence and provides feedback directly from members of the legal profession and judiciary.

"Action to embed compulsory antiracist and racial bias training for all judicial office holders, which is a key recommendation of the report, would encourage a culture shift towards antiracist practice," he added.

“We welcome David’s support for our report, given his long-standing record of campaigning and policy development on these issues,” said Professor Eithne Quinn, lead academic author of the report. “His comments add weight to our central finding: racism in the justice system is corroding principles of fairness and ruining lives. Yet, our survey found that many judges and lawyers have had no recent training about racism and bias.”

“Our report calls for training that is premised on the realities that institutional racism exists in the justice system and that judges, like the rest of us, harbour biases. Without this starting point, any new training won’t work.”