The trailblazing Nobel Prize winner is published by Carcanet Press, a friend of the University of Manchester and Creative Manchester partner. 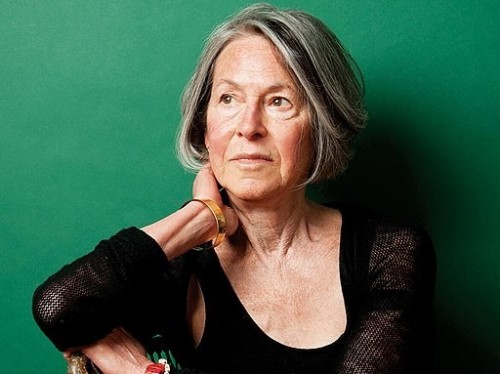 Glück is the first American woman to win the Nobel Prize in Literature in 27 years. She is published by Creative Manchester partner and friend of the University Carcanet Press, a publisher predominantly of poetry, based in Manchester and founded by Professor of Poetry at the University of Manchester’s Centre for New Writing, Michael Schmidt.

Glück’s first poetry collection Firstborn debuted in 1968, and very quickly propelled Louise to become one of the most distinguished essayists and poets in American contemporary literature. Throughout her longstanding career she has continued to receive a number of prestigious awards, including the Pulitzer Prize (1993) and the National Book Award (2014). Glück was appointed the US Poet Laureate from 2003-2004.

She has published 12 collections of poetry and volumes of essays on poetry, with titles including Descending Figure, Ararat and The Triumph of Achilles. All are characterised by a ‘striving for clarity,’ the Swedish Academy said. "Childhood and family life, the close relationship with parents and siblings, is a theme that has remained central with her.”

Professor of Poetry at the Centre for New Writing and Associate Publisher at Carcanet Press John McAuliffe appeared on BBC’s Front Row to discuss Louise’s poetry and her well-justified award.