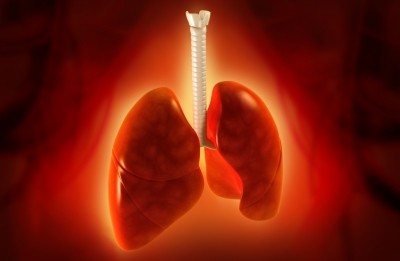 University of Manchester researchers have used a new technique to recondition poorly functioning lungs and remove donor white blood cells in an attempt to increase the number of lungs available for transplant, and at the same time reduce the risk of acute rejection.

Lung transplantation is often the only option for patients with end stage lung disease, but is limited by a shortage of donor organs.  When waiting list patients are lucky enough to receive a transplant, they need lifelong immunosuppression to prevent their own immune system from destroying the transplanted organ, a process called acute rejection.

This is often triggered by the presence of the donor lung’s white blood cells which migrate into the recipient’s body and are seen as harmful.

The University researchers, in collaboration with a team from the University of Lund in Sweden, used a new technique called ex-vivo lung perfusion (EVLP) where the lung is kept alive, breathing outside the body and supported by a supply of blood and nutrients.

This can repair an organ that would normally be turned down for transplant. Given that 80% of donor lungs are currently not used, the technique is expected to significantly shorten waiting list times and increase access to transplantation.

Dr James Fildes, from the University’s Collaborative Centre for Inflammation Research and the Transplant Centre at the University Hospital of South Manchester NHS Foundation Trust, led the study. He said: “Because the lung is a potential entry route for infection into the body, its immune response is highly developed.  In lung transplantation the situation is made worse by the processes that occur in the donor, which automatically increase the activity of the immune system.

“All of this makes lung transplant recipients particularly susceptible to rejection, so they require continuous immunosuppression, which then increases the risk of infection and cancer. These immune processes are therefore very important and contribute to the outlook where only five out of ten patients will survive for at least five years.”

EVLP is becoming an established technique, but this is the first time it has been used in this way.  The researchers are hopeful that EVLP will be used in patients to reduce high rates of rejection and wastage of scarce donor lungs.

As the lungs were only monitored for 24 hours it is difficult to know the long-term effects, but even a delay would be beneficial in allowing the transplanted organ to become accepted.  Used in conjunction with new immunosuppressive agents the team are developing, the researchers hope for even more benefits.

Dr Fildes added: “Aside from the benefits shown in this study, it is possible that EVLP could be used to deliver drugs before the lung is implanted so that the patient’s immune system does not recognise the transplanted organ as harmful.

“EVLP opens up new possibilities in one of the most problematic areas of surgery.”

Patricia Moore, 63, from Oswestry was diagnosed with idiopathic pulmonary fibrosis in 2011 and received a transplant in 2014. She said: “The side-effects of immunosuppression are potentially unpleasant and the thought of the associated bronchoscopy terrifies me.  I’m grateful I was unconscious for the only one I’ve had so far.

“This development seems to offer a route which means others won’t have to suffer in this way and from a personal perspective I think those people will be very fortunate.”