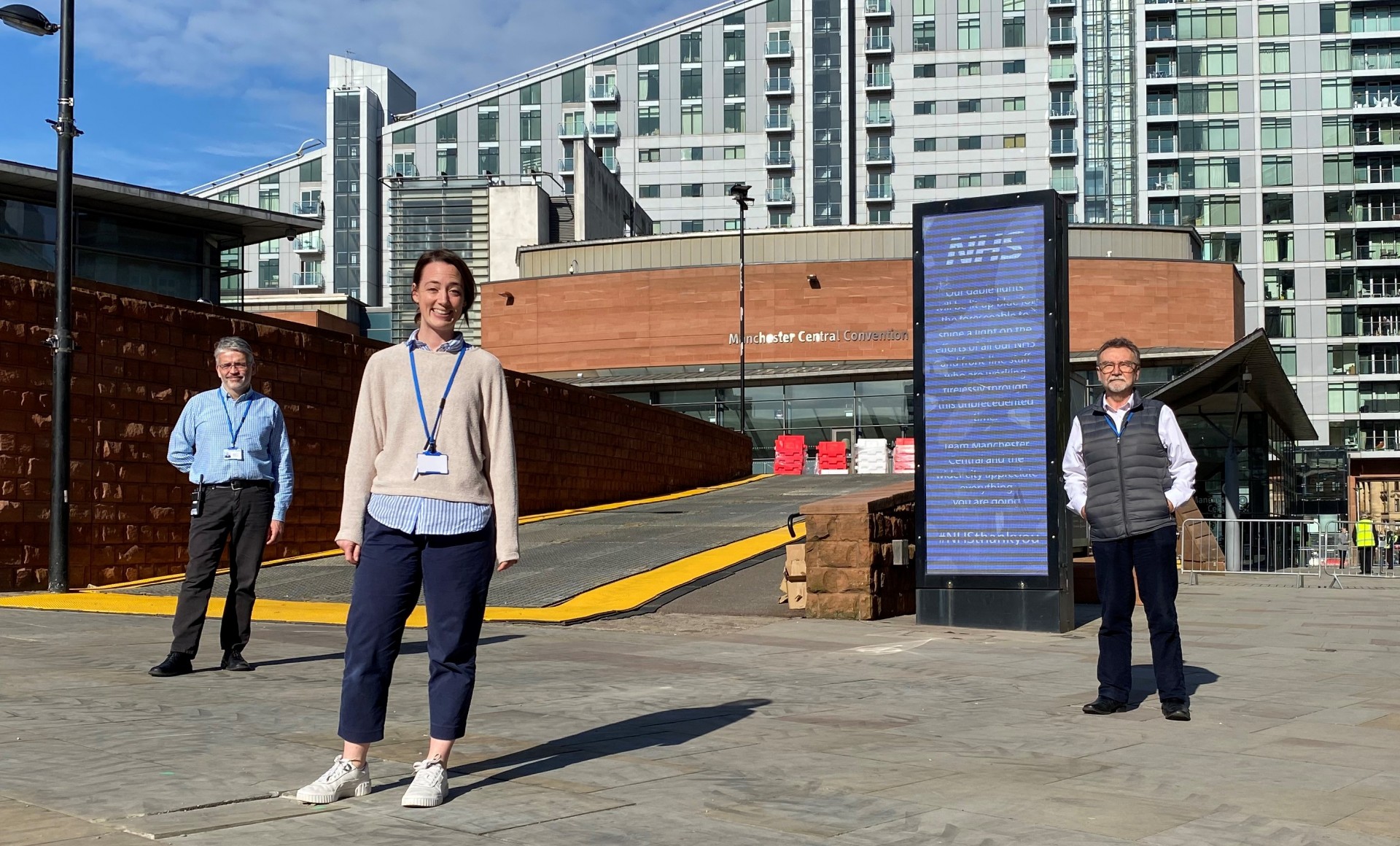 A medic from The University of Manchester who has opened emergency field hospitals across the world is now using his experience in his home city after being appointed as the medical director of NHS Nightingale Hospital North West, the city’s temporary hospital which has been created as part of the huge NHS mobilisation plan to deal with the growing number of Covid-19 cases.

Professor Tony Redmond from the University’s Humanitarian and Conflict Response Institute (pictured above, right) leads UK-Med, which has trained doctors from around the world to deal with medical humanitarian disasters, conflicts and outbreaks since 1988.

He is one of the world’s leading experts in coordinating medical responses to disasters, and has previously set up field hospitals in many places including Africa during the Ebola crisis, in Haiti after the devastating 2010 earthquake and in The Philippines after Typhoon Haiyan.

His experience means he is well placed to lead the medical team at the new hospital, which is located in the Manchester Central conference venue. The facility opened last week, and is able to treat up to 750 COVID-19 patients from across the North West of England, should the need arise.

The facility is providing care for patients across the region to further facilitate their recovery, and support the acute hospital trusts.

“I am proud to be helping NHS Nightingale North West to deliver the highest possible level of care to the region’s population - although I never thought my experience dealing with outbreaks in developing countries would be required in my own home city,” said Tony. “Its creation has been one of the most spectacular examples of teams from all sectors working together to deliver a world-class facility in the shortest of timescales.”

It’s been inspiring to work with colleagues to ensure we can deliver the highest possible level of care in the most challenging of conditions - however, while I hope that the facilities will never be required to operate to their full capacity, as this will mean that fewer people are suffering with this dreadful disease, we are ready if required.