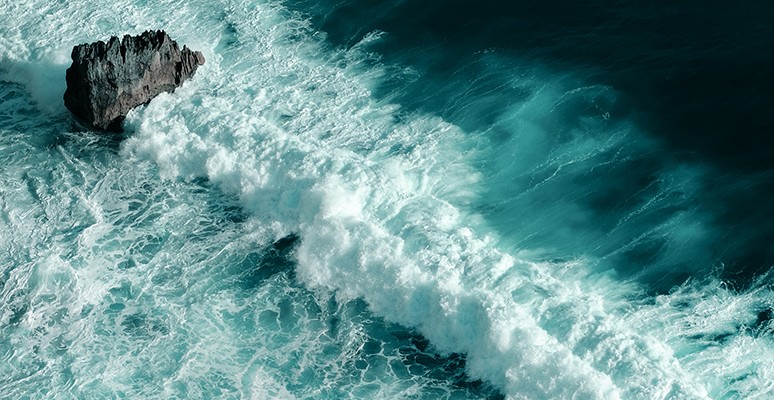 Experts from The University of Manchester are among those set to play a key role in projects aiming to unlock the potential of marine wave energy.

A total of eight new projects have been launched to develop and test cutting-edge new wave energy technologies - and two involve academics from the Faculty of Science and Engineering's School of Engineering.

Supported by a £7.5 million investment by the Engineering and Physical Sciences Research Council (EPSRC), part of UK Research and Innovation (UKRI), the projects will build on the UK's leading role in marine wave energy, helping to overcome challenges to devices that capture the energy generated by waves and convert it into renewable sources of electricity.

Led by Professor Peter Stansby of the Department of Mechanical, Aerospace and Civil Engineering, the project entitled 'Mooring analysis and design for offshore WEC survivability and fatigue (MoorWEC)' will model the impact of waves on various mooring options to generate key information and efficient modelling methods to aid the design of resilient future wave energy converters (WECs).

This is important because the mooring is the most vulnerable part of WECs, which can be damaged by extreme waves or the attrition caused by waves over time.

Dr Judith Apsley of the Department of Electrical and Electronic Engineering is involved in the project entitled 'System-level co-design and control of large capacity wave energy converters with multiple PTOs'. Led by Dr Guang Li of Queen Mary University of London and also involving Professor Mike Belmont of the University of Exeter, this project aims to take a 'whole device' approach, rather than concentrating on individual components, to address issues such as energy output and reliability.

This is because WECs consist of multiple energy conversion stages and components to capture wave energy and convert it to electricity, with each stage operating under its own constraints.

Find out more about the eight newly-announced projects.

As a source of renewable power, marine wave energy would complement existing wind and solar technologies and help to provide a balanced supply.

By overcoming challenges to effective marine wave energy technologies, the projects will help to unlock a valuable source of renewable energy and help the UK to achieve its Net Zero goal.

Energy is one of The University of Manchester’s research beacons - examples of pioneering discoveries, interdisciplinary collaboration and cross-sector partnerships that are tackling some of the biggest challenges facing the planet. #ResearchBeacons