The University of Manchester has retained its position as one of the world's leading institutions in the 2022 Times Higher Education (THE) Impact Rankings, released at a special event on Wednesday 27 April.

With a record number of universities taking part in this year’s awards, Manchester ranked ninth globally out of nearly 1,600 international entrants from 99 countries, 1406 of which received a ranked position

This makes Manchester the only institution in Europe to be consistently named in the top 10 globally for action taken towards the United Nations (UN) Sustainable Development Goals (SDGs) since the rankings began.

Vice-President for Social Responsibility, Professor Nalin Thakkar, said: “Once again Manchester has proven to be one of the leading universities in the world for impact towards the Sustainable Development Goals.

“As the world’s biggest strategy and action plan this is a very useful way to track our impact against the world’s biggest challenges and opportunities. This is a collective achievement for our academic and professional staff, students and partners at all levels – so thank you and well done to everyone involved.” 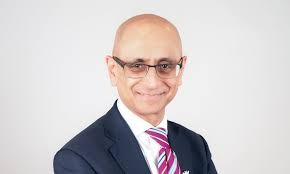 This is a collective achievement for our academic and professional staff, students and partners at all levels – so thank you and well done to everyone involved.

The UN's 17 SDGs are the world's call to action on the most pressing challenges and opportunities facing humanity and the natural world. As the UK’s only university to have social responsibility as a core goal, Manchester plays a leading role in tackling the SDGs in four ways: research impact, learning and students, public engagement activity and responsible campus operations.

Through its research alone, Manchester is delivering on these by creating a healthier, fairer and greener world. For example, the University has contributed more than 21,000 research publications across all 17 SDGs over the past five years – representing 4% of the UK’s entire research on the goals.

Director or Social Responsibility, Dr Julian Skyrme, added: “Whether this is for our strong research and student impact, our civic and public engagement work or our commitment to being a living wage employer, this most recent result is testament to the consistent way we’ve embedded social responsibility across all levels of the University.”