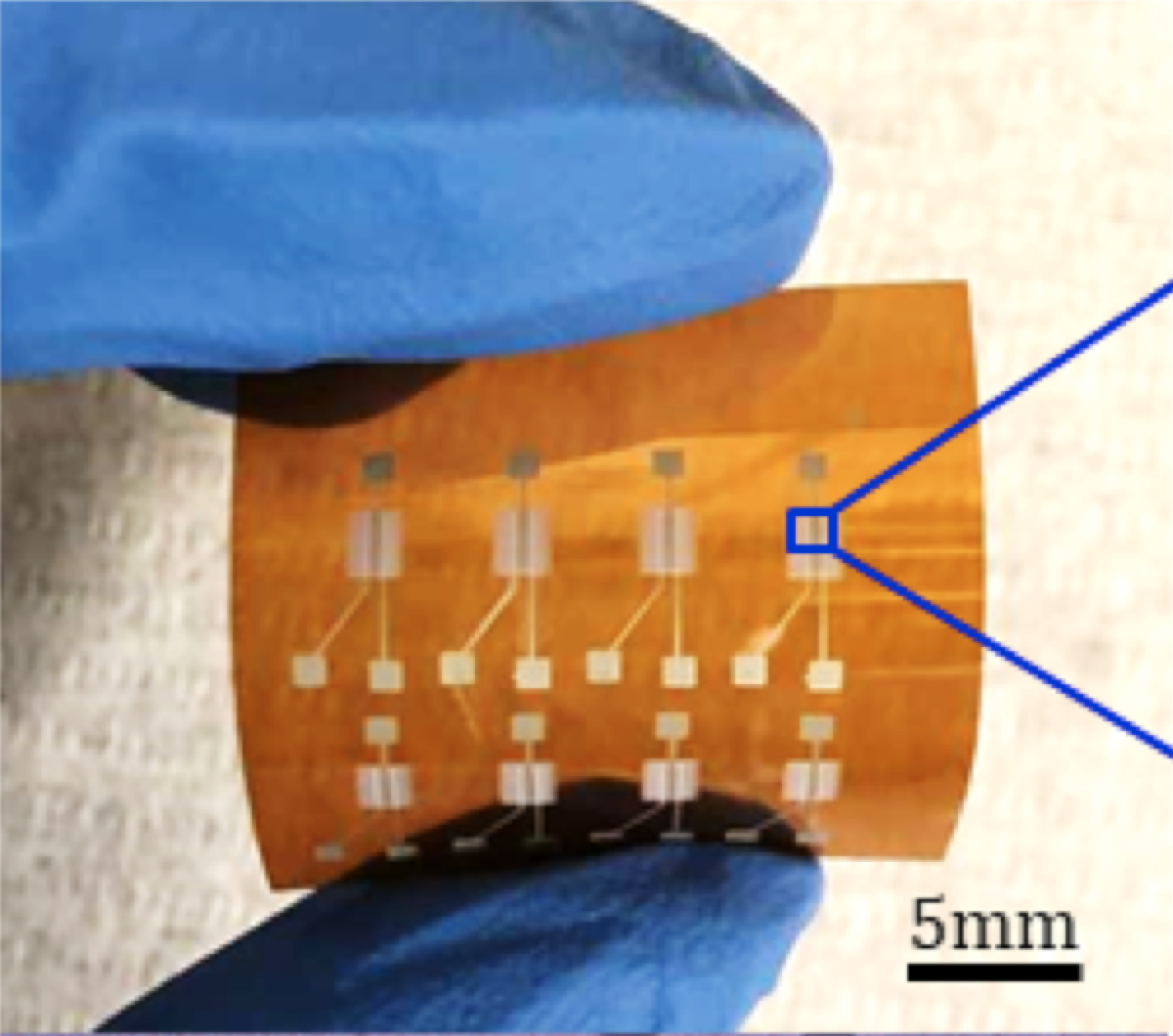 The team at The University of Manchester have produced a two-dimensional hexagonal boron nitride ink which have been used to fabricate flexible thin-film transistors in collaboration with Duke University in North Carolina.

Published in ACS Nano, the team were able to develop insulating dielectric ink that is suitable for the print-in-place fabrication process, developed at Duke University for materials such as silver nanowires and semiconducting carbon nanotubes. Extending this process to include the hexagonal boron nitride ink led to the production of functional transistor devices, using both one and two-dimensional materials.

The use of printing technologies for flexible electronics has rapidly increased in prominence due to its simplicity, low cost and compatibility with a broad range of materials and substrates.

Currently there are a wide variety of printable functional inks, often made from organic-based materials or metal oxides, however, problems such as low carrier mobility, poor air stability, and the requirement for high processing temperatures are often encountered, limiting their application, the choice of printing method and the substrate which can be printed on.

Traditionally, there has been a particular lack of printable insulating materials that are functional without the use of high processing temperatures. Previous work carried out by the team at Duke had used silicon-based insulating materials, which are typically non-printable, rigid and brittle, thereby limiting the usage of devices in flexible electronic applications.

Using the insulating hexagonal boron nitride ink, the team were able to fully fabricate the thin-film transistors with carbon nanotube channel regions via direct-write aerosol jet printing onto flexible paper and plastic substrates in a print-in-place process, with the temperature always below 80°C. This processing temperature is one of the lowest ever reported for printed carbon nanotube-based thin-film transistors, yet the devices still show good electrical performance. The print-in-place aspect also removes the time and cost associated with the typical processing and treatment steps that are required to be performed outside of the printer.

Dr Aaron Franklin from Duke University said: “Nobody thought the aerosolized ink, especially for boron nitride, would deliver the properties needed to make functional electronics without being baked for at least an hour and a half. But not only did we get it to work, we showed that baking it for two hours after printing doesn’t improve its performance. It was as good as it could get just using our fully print-in-place process.”

The team from Duke University hope to use these inks to devise a fully print-in-place technique for electronics that is gentle enough to work on delicate surfaces including human skin.

The isolation of graphene at Manchester sparked a revolution in materials science and led to the classification of a host of other similar atomically thin materials such as hexagonal boron nitride, also known as ‘white graphene’.

But far more important is the way that these various types of 2D materials can be used as building blocks to create ‘designer materials’ or heterostructures with truly novel features on demand.