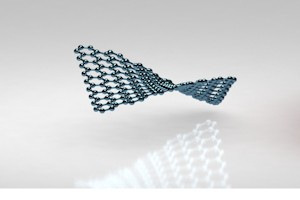 The University of Manchester has been announced as the host of Graphene Week 2015 – a key international conference for scientists studying the wonder substance graphene.

Graphene Week - the International Conference on the Fundamental Science of Graphene and Applications of Graphene-Based Devices - is the main annual event of the European Commission’s biggest ever research initiative, Graphene Flagship.

Set to take place at The University of Manchester from 22-26 June 2015, it is estimated that the event will attract more than 400 scientists from across the world, contributing approximately £700,000 in economic benefit to the city. The 2015 event will be the ninth outing in the series which has previously taken place in cities across Europe and once in the USA.

Isolated at The University of Manchester in 2004, graphene has captured the attention of scientists worldwide with its potential to revolutionise the materials world due to its incredible properties. As the world’s first 2D material, it is ultra-light, yet immensely tough; it is 200 times stronger than steel, but is incredibly flexible; and it is fire retardant yet retains heat.

The University is currently constructing the £61 million National Graphene Institute (NGI), which is due to open in spring 2015 and will see scientists and commercial partners working side by side. The NGI is funded by the Engineering and Physical Sciences Research Council (EPSRC) and the European Regional Development Fund (ERDF).

Speaking at a handover ceremony in Gothenburg, Sweden, Dr Cinzia Casiraghi, Lecturer at The University of Manchester and Chair of Graphene Week 2015, commented: “We feel that with the opening of the National Graphene Institute (NGI) in spring 2015, it is appropriate to invite the global research community to one of the top institutions for graphene research.

“They will be the first people to see the completed NGI facility as well as seeing first hand the leading edge research that is being undertaken at our University.”

James Baker, Business Director of Graphene@Manchester, said: “It is fitting that such a prestigious event as Graphene Week should be held in Manchester, the home of graphene. The conference will follow on from the official opening of the £61m National Graphene Institute, which will be the national hub for graphene research and commercialisation in the UK.”

Andrew Stokes, chief executive of Marketing Manchester added: “We are thrilled that the prestigious Graphene Week 2015 will take place in the city where the material was discovered and we look forward to welcoming scientists from across the world as they share their latest research and discuss emerging applications.”

The Graphene Week announcement was delivered on the same day that Manchester was formally named as the European City of Science at a handover ceremony in Copenhagen. The honour will be held for the next two years as Manchester builds towards hosting Europe's largest general scientific conference, the EuroScience Open Forum (ESOF) in summer 2016.