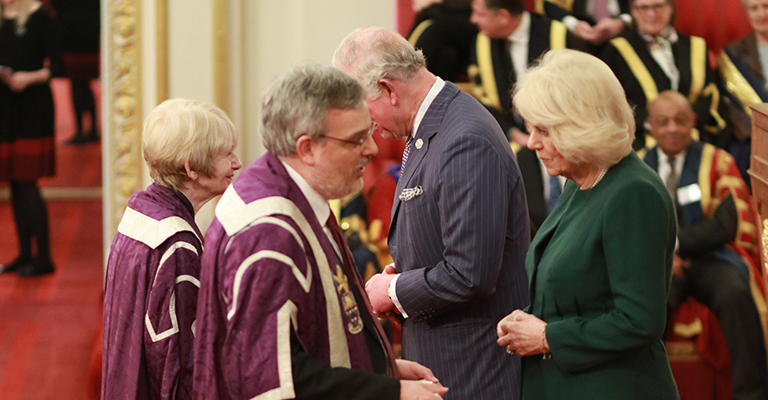 The Manchester Institute of Biotechnology (MIB) has collected a prestigious award at a special ceremony held at Buckingham Palace today (Thursday, 20 February).

Staff and students from The University of Manchester attended the event in London, where they were presented with the Queen's Anniversary Prize for Higher and Further Education by TRH The Prince of Wales and The Duchess of Cornwall.

The accolade rewards an outstanding contribution made to the UK by an academic institution - and the MIB was recognised for the environmental benefits of its pioneering expertise in industrial biotechnology.

Working with industrial partners, the MIB aims to transition chemicals manufacture from petrochemicals to sustainable biomanufacturing through the development of disruptive bio-based technologies. This approach will foster innovation and drive a new bioeconomy - with Manchester a key driver of green growth.

The presentation ceremony followed a prize-winners reception and dinner the night before, which was held at London's Guildhall and enjoyed by University attendees including Professor Colette Fagan, Dr Rosalind Le Feuvre, Dr Kirk Malone, Lemn Sissay and Dr Louise Woods.

This occasion is really exciting and great recognition for the work of everyone at the Manchester Institute of Biotechnology. We are proud of the fact that we're helping to deliver solutions for a more sustainable world while also putting a spotlight on Manchester in its role as a northern research powerhouse that has a global reach.