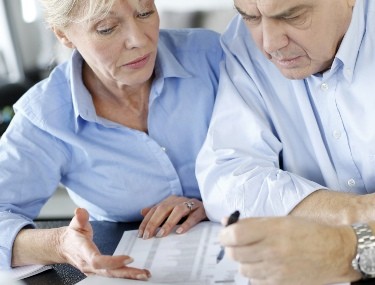 iNews reports that one in five UK adults has experienced economic abuse, according to the charity Refuge, and 60 per cent of them are women.

Debora Price, professor of social gerontology and current MICRA director, carried out Behind Closed Doors, a first of its kind research project in 2013 that looked at how older couples manage money together.

The project interviewed 90 couples and findings included the fact that around a third of women had experienced long-standing coercive control through money, either by partners dictating how much they can have, what they can spend it on, and if they can access accounts.

Debbie provided commentary on the findings to i: “We had been expecting some levels of control, but we didn’t expect to see quite as much or see it operating quite so harshly... We came away thinking this quite a challenge for feminism... If a couple isn’t categorised as poor officially, because there’s too much income coming in, does that mean everyone in the couple is not poor?”

The article also examines how the change in the state pension age to 65 to bring this in line with men has affected women in the over 50s age group and gives detailed accounts from women who describe their experiences of financial abuse at the hands of a partner or spouse.