The mother-in-law is perceived to be as much the butt of the joke in antiquity as it is today, but a new publication by Alison Sharrock, Professor of Classics at The University of Manchester, goes through the evidence to show that this is not necessarily the case. 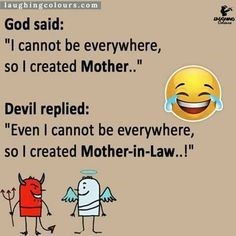 Maternal Conceptions in Classical Literature and Philosophy, edited by Sharrock and Alison Keith, and published by the University of Toronto Press, explores this trope and its gendered connotations and similar devices including the ‘evil stepmother’.

“While there is indeed some abuse of mothers-in-law in ancient literature, it is no greater than the abuse widely meted out on older women in the comic literature from the ancient world,” said Sharrock. “The real hate-figure in the Roman world is the stepmother, who of course has plenty of bad press in modern fairy tales. The mother-in-law, by contrast, is usually presented in a positive light. To declare otherwise is an assumption based on modern expectations, rather than on careful reading of what the Romans actually say.”