Music, poetry and the environment collide at Songs of Sustainability event 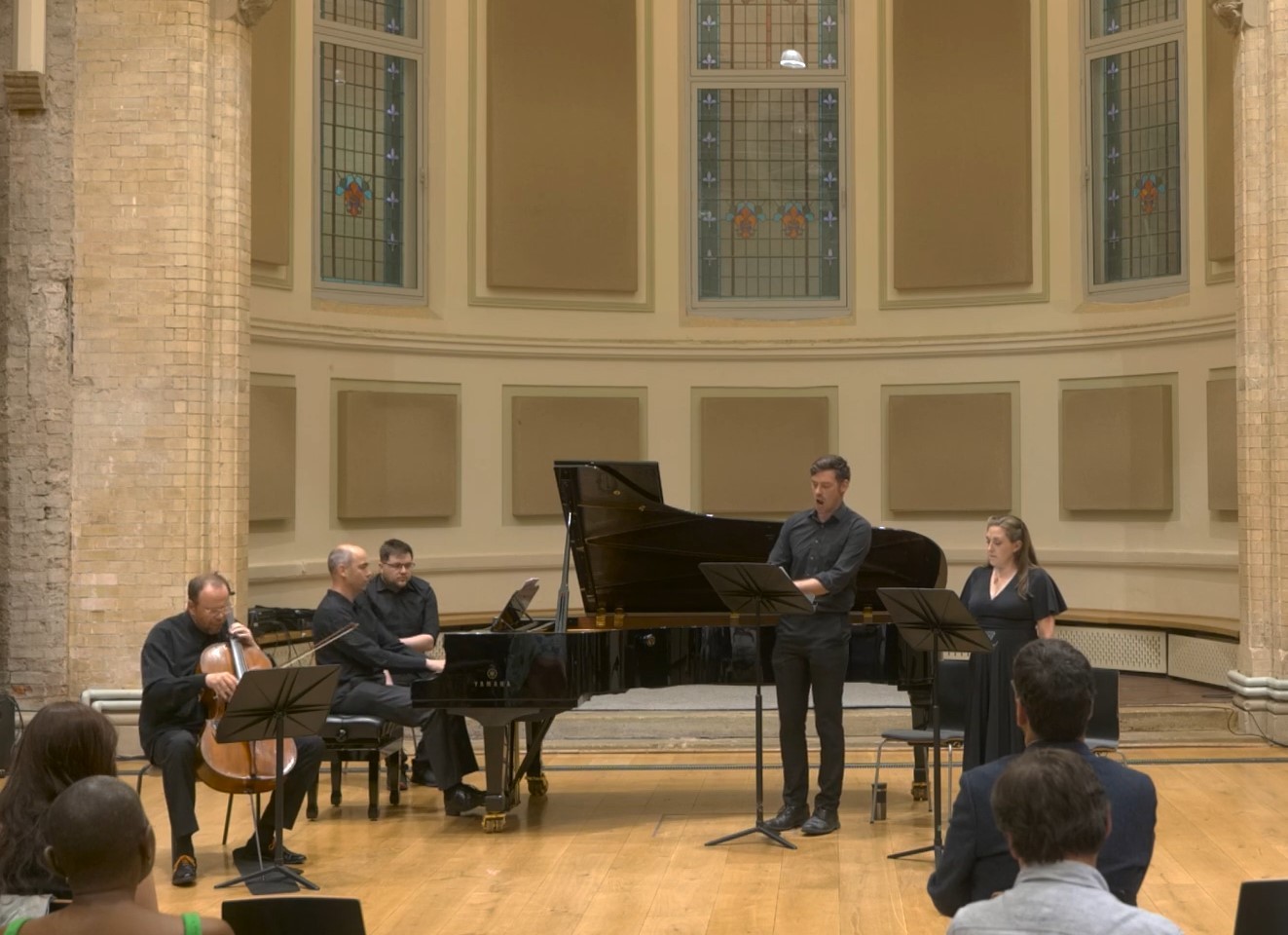 On 17th June 2022, the School of Arts, Languages and Culture, in collaboration with the Manchester Opera Project, presented an evening of music at Hallé St Peter’s, Manchester.

This concert featured the premiere of Erysichthon’s Forest, a melodrama based on the Greek myth of Erysichthon, composed by Richard Whalley, with libretto by John McAuliffe.

Music from this melodrama will ultimately form part of a chamber opera telling the story of Erysichthon, to be performed in collaboration with Manchester Opera Project.

The work is based on a tale from Roman poet Ovid’s Metamorphoses, in which Erysichthon destroys a sacred forest, and is cursed for his actions by Ceres with the punishment of insatiable hunger: the more he easts the more hungry he feels, until he has consumed all of his wealth, and ultimately consumes himself.

Analogies between this and the way humans today are consuming Earth’s resources at unsustainable levels are clear and echo the Faculty of Humanities’ priority themes of Sustainable Futures, Global Inequalities and Creativity.

The ‘Songs of Sustainability’ project was built around these values, through which four composers were selected through a call for proposals to set poems that engage with the beauty and vulnerability of nature chosen by John McAuliffe. The selected composers were Amy Crankshaw, Simon Davies, Finn McLean and Jasmine Simons, and the poets are Rebecca Hurst, Frances Leviston, Chad Campbell and Vona Groarke.

The evening concert was be preceded by an afternoon workshop with researchers from different disciplines relating to sustainability, in the hopes of informing further the expansion of the opera.