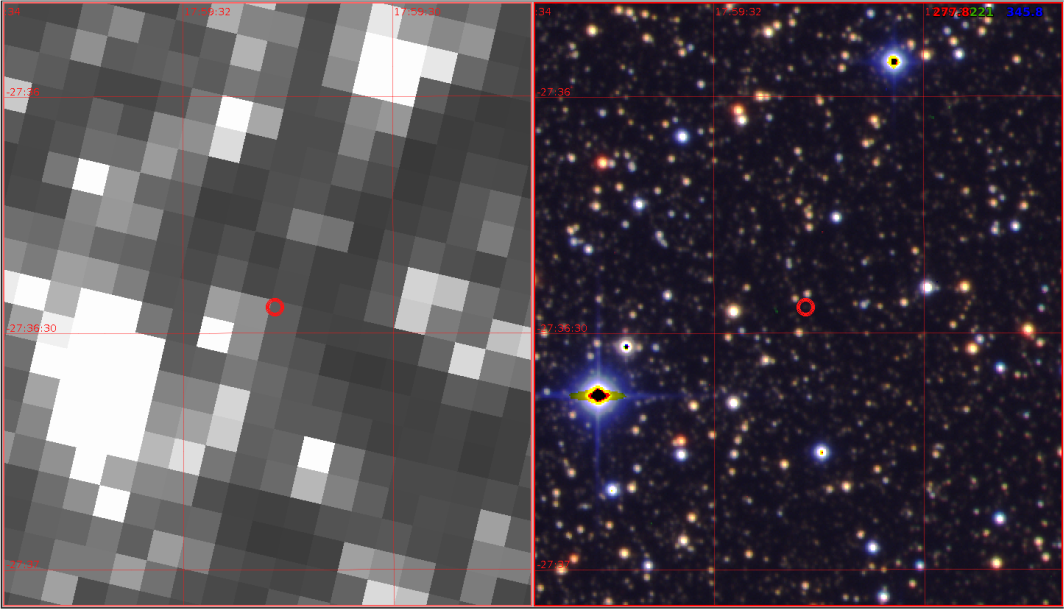 A new study by an international team of astrophysicists, led by the Jodrell Bank Centre for Astrophysics has presented the amazing new discovery of a near-identical twin of Jupiter orbiting a star at a colossal distance of 17,000 light years from Earth.

The exoplanet, K2-2016-BLG-0005Lb, is almost identical to Jupiter in terms of its mass and its distance from its sun was discovered using data obtained in 2016 by NASA's Kepler space telescope. The exoplanetary system is twice as distant as any seen previously by Kepler, which found over 2,700 confirmed planets before ceasing operations in 2018.

The system was found using gravitational microlensing, a prediction of Einstein's Theory of Relativity, and is the first planet to be discovered from space in this way. The study has been submitted to the journal Monthly Notices of the Royal Astronomical Society and has been made available as a preprint on ArXiv.org.

PhD student, David Specht from The University of Manchester is the lead author on the new research. To find an exoplanet using the microlensing effect the team searched through Kepler data collected between April and July 2016 when it regularly monitored millions of stars close to the centre of the Galaxy. The aim was to look for evidence of an exoplanet and its host star temporarily bending and magnifying the light from a background star as it passes by the line of sight.

"To see the effect at all requires almost perfect alignment between the foreground planetary system and a background star", said Dr Eamonn Kerins, Principal Investigator for the Science and Technology Facilities Council (STFC) grant that funded the work. Dr Kerins adds: "The chance that a background star is affected this way by a planet is tens to hundreds of millions to one against.  But there are hundreds of millions of stars towards the centre of our Galaxy. So Kepler just sat and watched them for three months."

Dr Eamonn Kerins
„
Follow me on Twitter (opens in new window)
Follow me on Facebook (opens in new window)
Add me on LinkedIn (opens in new window)
download
An animation of the gravitational lensing signal from Jupiter twin K2-2016-BLG-0005Lb. The local star field around the system is shown using real colour imaging obtained with the ground-based Canada-France-Hawaii Telescope by the K2C9-CFHT Multi-Color Microlensing Survey team. The star indicated by the pink lines is animated to show the magnification signal observed by Kepler from space. The trace of this signal with time is shown in the lower right panel. On the left is the dervived model for the lensing signal, involving multiple images of the star cause by the gravitational field of the planetary system. The system itself is not directly visible.

Following the development of specialised analysis methods, candidate signals were finally uncovered last year using a new search algorithm presented in a study led by Dr Iain McDonald, at the time an STFC-funded postdoctoral researcher, working with Dr Kerins. Among five new candidate microlensing signals uncovered in that analysis one showed clear indications of an anomaly consistent with the presence of an orbiting exoplanet.

Five international ground-based surveys also looked at the same area of sky at the same time as Kepler.  At a distance of around 135 million km from Earth, Kepler saw the anomaly slightly earlier, and for longer, than the teams observing from Earth. The new study exhaustively models the combined datasets showing, conclusively, that the signal is caused by a distant exoplanet.

"The difference in vantage point between Kepler and observers here on Earth allowed us to triangulate where along our sight line the planetary system is located", says Dr Kerins.

"Kepler was also able to observe uninterrupted by weather or daylight, allowing us to determine precisely the mass of the exoplanet and its orbital distance from its host star. It is basically Jupiter's identical twin in terms of its mass and its position from its Sun, which is about 60% of the mass of our own Sun."

Dr Kerins is Deputy Lead for the ESA Euclid Exoplanet Science Working Group. "Kepler was never designed to find planets using microlensing so, in many ways, it's amazing that it has done so. Roman and Euclid, on the other hand, will be optimised for this kind of work. They will be able to complete the planet census started by Kepler.” he said.

“We'll learn how typical the architecture of our own solar system is. The data will also allow us to test our ideas of how planets form. This is the start of a new exciting chapter in our search for other worlds."