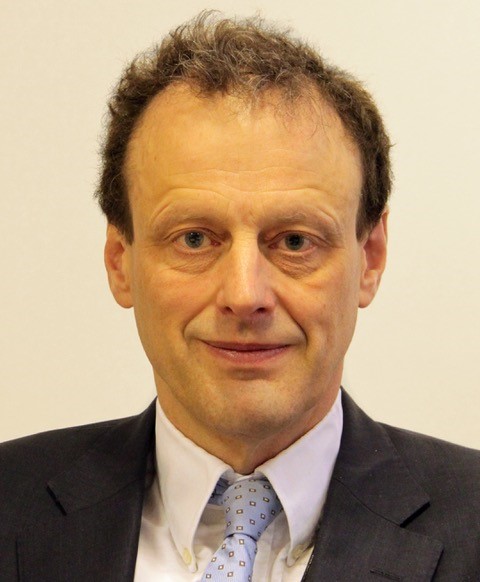 Richard is an experimental soft matter physicist. His first degree and PhD in Physics both come from Cambridge University. Following postdoctoral work at Cornell University, USA, he was a lecturer at the University of Cambridge’s Cavendish Laboratory, before moving to Sheffield in 1998. In 2006 he was elected a Fellow of the Royal Society, in recognition of his work in the field of polymers and biopolymers at surfaces and interfaces, and in 2009 he won the Tabor Medal of the UK’s Institute of Physics for his contributions to nanoscience.

He is the author of more than 190 research papers, and three books, Polymers at Surfaces and Interfaces (with Randal Richards, CUP 1999), Soft Condensed Matter, (OUP 2002), and Soft Machines: Nanotechnology and Life (OUP 2004).

He was Pro-Vice-Chancellor for Research and Innovation at Sheffield from 2009 to 2016, was a member of EPSRC Council from 2013 – 2018, and chaired Research England’s Technical Advisory Group for the Knowledge Exchange Framework. He has written extensively about science and innovation policy, and was a member of the Sheffield/Manchester Industrial Strategy Commission.

Richard will join the Faculty of Science and Engineering and contribute to the pioneering work in advanced materials that is currently being carried out at Manchester. The University is home to several major national materials research centres including the National Graphene Institute, the Graphene Engineering Innovation Centre and the soon-to-open Henry Royce Institute for advanced materials research and innovation.

Richard is a greatly respected materials physicist who has also made very significant contributions to major national and international activities and to the areas of regional economic growth, productivity and prosperity. I am delighted that he will be joining us.

Richard said: “Manchester is one of the world’s great universities, whose research in many fields, including advanced materials, has international reach. In addition to its national importance, it plays a central role in driving economic growth and prosperity in the city and across the North of England. This is an exciting time to join The University of Manchester and I’m looking forward to being part of this important work.”

Professor Dame Nancy Rothwell, President and Vice-Chancellor of The University of Manchester said: “Richard is a greatly respected materials physicist who has also made very significant contributions to major national and international activities and to the areas of regional economic growth, productivity and prosperity. I am delighted that he will be joining us.”

Professor Martin Schröder, Vice President and Dean of the University’s Faculty of Science and Engineering, added: “I am thrilled and delighted to welcome Professor Richard Jones to the University.

“Richard is a renowned experimental physicist with a focus on materials science, specialising in the properties at surfaces and interfaces. Richard has wider interests in the social and economic consequences of nanotechnology and has contributed significantly to innovation within the higher education sector. I very much look forward to working with Richard and developing and delivering new initiatives across science and engineering.”

Richard has a personal blog and is also active on Twitter.