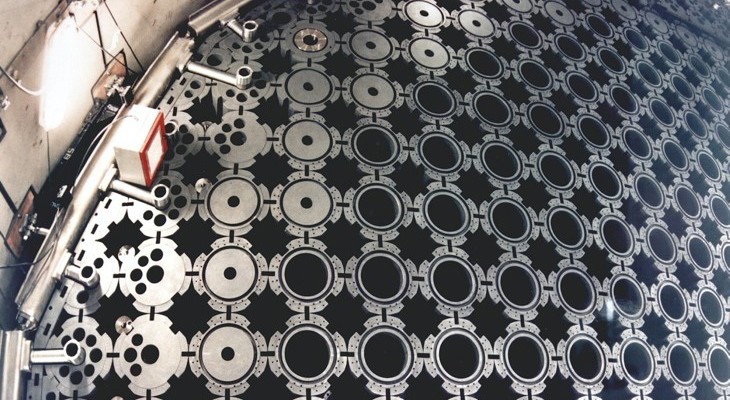 Researchers at The University of Manchester have developed a novel treatment technology that may help to significantly reduce the UK's nuclear waste burden.

The management of radioactive graphite waste is one of the major challenges of nuclear power plant decommissioning throughout the world, particularly in the UK, as well as in France and Russia.

More than 300,000 tonnes of nuclear graphite waste worldwide, and around 100,000 tonnes in the UK, await disposal in a Geological Disposal Facility that is yet to be built.

Dr Tatiana Grebennikova, Dr Clint Sharrad and Professor Abbie Jones have found a novel and non-destructive method of removing radioactivity from this type of waste and downgrading it from the category of 'higher activity waste' to that of a much lower level. This breakthrough could therefore significantly speed up disposal of such material and reduce the overall cost of dealing with our legacy waste.

The treatment developed uses electrolysis to drive the removal of radioactive species from irradiated nuclear graphite into a molten salt medium. Molten salts have an advantage over, for example, water in that molten salts have a wide electrochemical window, which means we can readily access electric potentials that can better force the removal of these nuclear graphite isotopes.

Using this method the team was able to reduce the radioactivity of UK Magnox grade graphite so that reclassification of the graphite from Intermediate Level Waste to Low Level Waste is possible, making it far easier and cheaper to dispose of.

Professor Abbie Jones, Chair in Nuclear Graphite, said: "The UK nuclear industry has built all but one of its reactors (>40 in total) using graphite as core moderator material and structural components. As these cease to operate, this will result in a volume of graphite waste equivalent to ~ 1300 double decker buses (~ 100,000 tonnes). As most of the advanced modular nuclear reactor technologies proposed for future low carbon energy production may also use nuclear graphite, technologies that can minimise the burden of this waste are vital.

"We have submitted an international patent with The University of Manchester on this technology and are planning follow-on research to determine if we can decontaminate nuclear graphite to levels even further than observed thus far. We will also use our ongoing links with the International Atomic Energy Agency to explore the feasibility of upscaling this technology for the treatment to address further extensive legacy nuclear graphite waste worldwide."

Dr Clint Sharrad, Reader in Nuclear Decommissioning Engineering, added: "If we are successful in industrialising this technology, it could lead to up to £1 billion in savings for the UK taxpayer by reducing disposal costs for current graphite legacy wastes, as well as improved sustainability of advanced reactor technology where graphite will be deployed again.

"The nuclear sector as a whole is already exploring and developing innovative technologies to decommission legacy facilities quickly and safely. Our work has shown how innovation can be successfully achieved by possessing a willingness to work across disciplines and research areas."

The paper, titled 'Electrochemical decontamination of irradiated nuclear graphite from corrosion and fission products using molten salt', was published by the Royal Society of Chemistry in the journal Energy & Environmental Science.

Find out more about the Dalton Nuclear Institute.