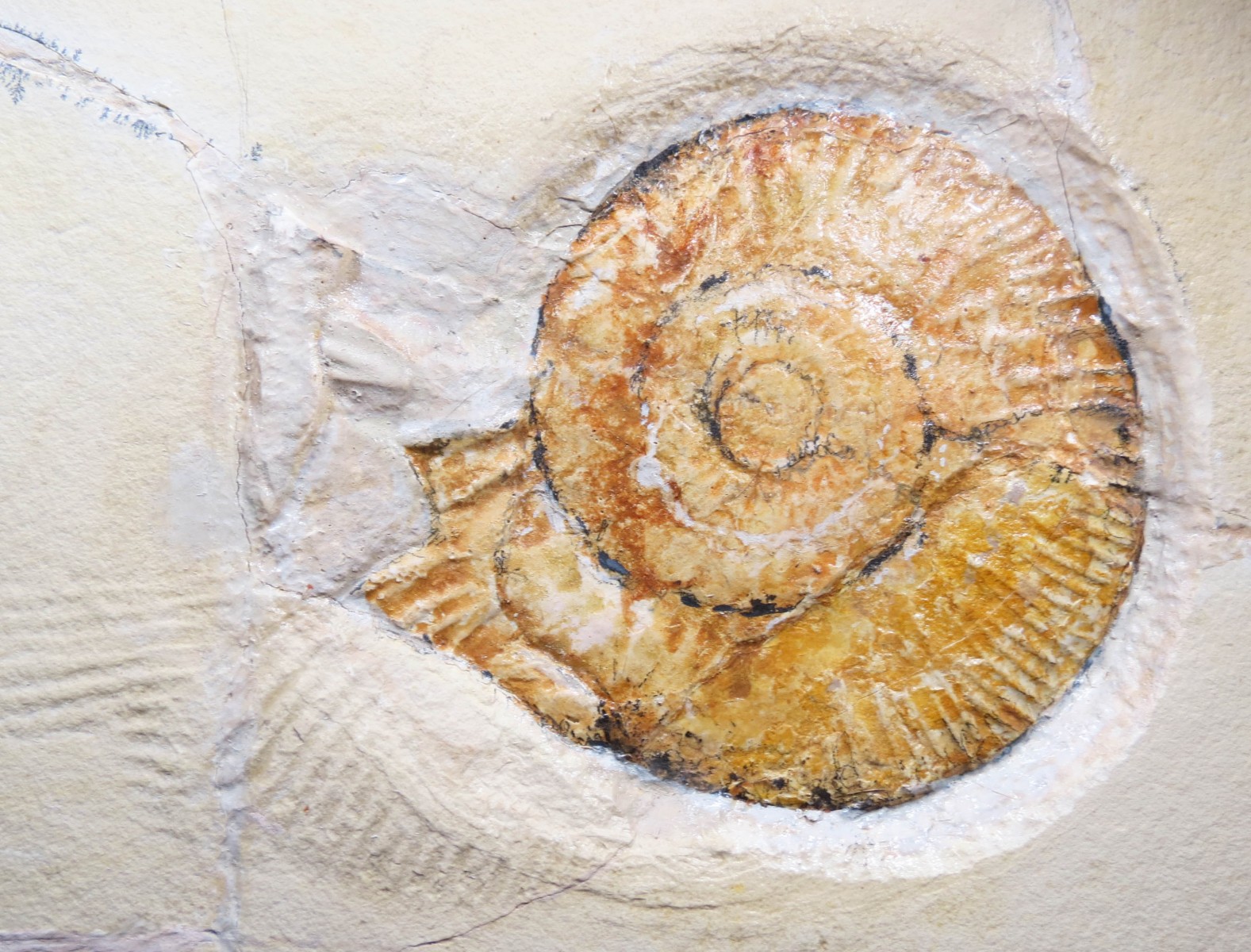 An international team of scientists have uncovered the amazing story of a 150 million year old fossil ‘squid’ and have digitally recreated the fossil using 3D modelling technology.

The team is made up of researchers from England, Germany and Spain and led by palaeontologist Dean Lomax, from The University of Manchester.

The fossil is an ammonite, a type of prehistoric cephalopod related to squid and octopuses. They are found across the globe. What makes this ammonite stand out is the 8.5 metre long drag mark it has left behind. The ammonite was already dead when the drag mark was made making it an extremely rare find.

The study specimen is a species called Subplanites rueppellianus, which was collected from the historically important Late Jurassic Solnhofen Limestones of Germany, famous for its fossil preservation.

Lead researcher, Dean Lomax, a palaeontologist at the University of Manchester explains: “With fossils, we usually find body fossils, such as bones, teeth or shells, or trace fossils, such as tracks and burrows. However, the drag mark has not been made by the ammonite in life and does not reflect behaviour. Instead, the drag mark was created by the lake’s current moving the ammonite shell. It is easy to understand why such fossils have been misinterpreted as the traces of living organisms.” 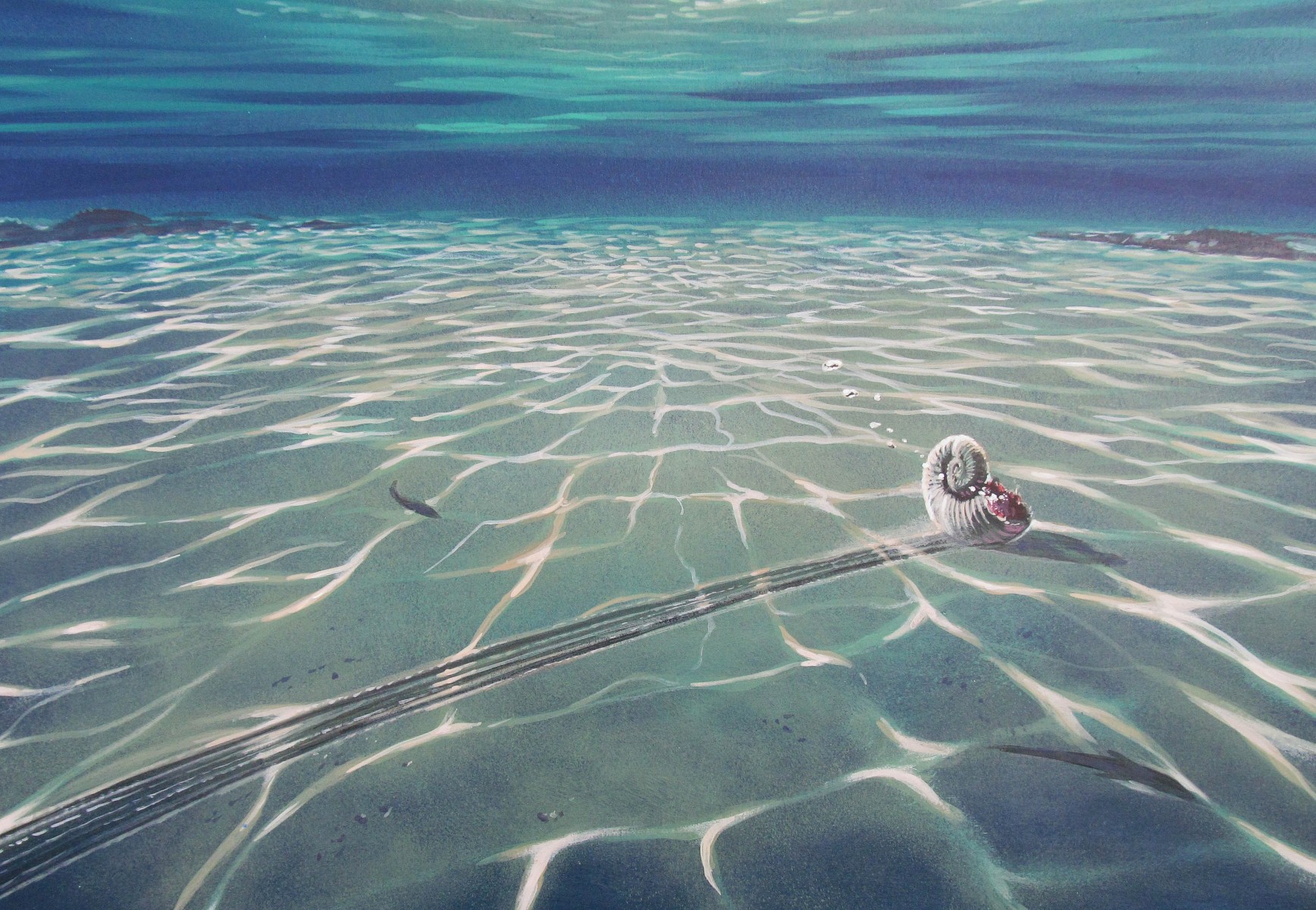 “Fossils such as this are super rare and provide a snapshot of an unusual moment in deep time.”

A trace and its maker preserved together in the fossil record are rare. Rarer still are marks created by dead animals together with the animal that made the mark. So, how exactly did the fossil move after it had already died? Ammonites had gas chambers, which they used to control their buoyancy and movement, similar to a submarine. However, the shell of the ammonite was probably empty and the authors of the study say that some of the gas remained present in the shell. This meant the ammonite did not sink straight to the bottom and fall over. Instead, the ammonites’ shell was dragged along the bottom of the tropical lagoon by what must have been a calm and steady current.

Lomax added: “Fossils such as this are super rare and provide a snapshot of an unusual moment in deep time.”

Using digital and 3D modelling technologies Lomax and his team have digitally pieced the entire drag mark together to show a close-up of the incredible fossil.

Peter Falkingham, a palaeontologist at Liverpool’s John Moores University, and one of the co-authors of this study said: “We created a virtual model of the fossil by compiling over 600 photographs of the specimen. We then created a video, which shows the drag mark and the preserved ammonite. Such modern digitization techniques, like the photogrammetry method we used, have really revolutionized the way palaeontologists can study fossils”.