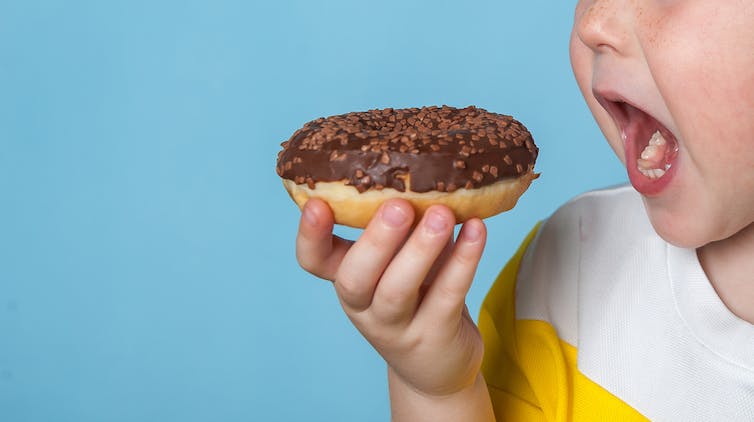 One in five children in England are overweight by the time they start primary school. Nationally, children are weighed and measured, aged four to five, during their first year of school. But findings from our new study suggest that to prevent obesity parents should keep an eye on their children’s weight from as early as age two.

Our team conducted a review of 54 studies internationally that reported child height and weight measurements taken since 2000. Pooling data from over 700,000 children, we plotted typical body mass index (BMI) growth curves for boys and girls between the ages of four and 11 years old, showing the predicted trajectories for subsets of children with higher and lower BMI values.

We also examined the findings of eight studies that followed up the same children over time to identify individual growth patterns and pinpoint when these diverged. We found that most studies agreed on four distinct patterns of growth, including subsets of children with increasing higher than normal BMIs. As some of these studies measured children from before the age of four (some even from birth), certain “early increasing” growth patterns associated with higher risks of obesity in later life were detectable as early as the age of two.

Meanwhile, 5-19% of children fell into a “late increasing” class, which only separated from other groups of children at age five to six years. This means that relying on the current practice of measuring children twice (on entering and leaving primary school) may fail to spot many children who have a normal weight when they start school but develop weight problems in subsequent years.

Part of the problem of measuring infrequently is that the four-to-11 age range encompasses peaks and troughs in growth. The timing of these growth spurts are critical to child development and can predict a later risk of obesity and certain diseases in adulthood, including metabolic syndrome, non–alcoholic fatty liver disease and type 1 diabetes. One-off measures of height and weight may not be enough to identify the shape of these patterns and pick out those children on higher risk trajectories. Based on our findings, we would recommend annual measurements from at least the age of two. 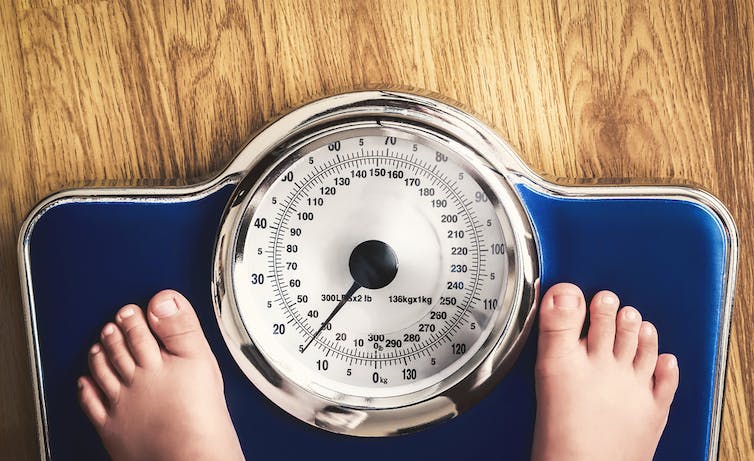 Children only have their BMI measured twice in primary school. winnond/Shutterstock

You might think it would be easy to spot overweight children by looking at them, but that isn’t necessarily the case. Obesity is becoming more commonplace at younger ages, so parents may have trouble spotting the signs in their own children. One UK study found while few parents overestimated the weight of their child, a third believed them to be a healthy weight when they were overweight according to commonly used growth reference standards.

BMI in children is calculated in the same way as for adults (weight in kilograms divided by height in meters squared), but the way thresholds are used to identify underweight, overweight and obese children is more complex. In the UK, this is commonly done by making comparisons to children that were measured during the 1990s, before the obesity epidemic emerged. Globally, there is a lot of debate about which growth reference charts we should use, with the World Health Organisation, International Obesity Task Force and the US Centers for Disease Control and Prevention each having its own chart.

For our review, we focused on BMI as the most widely used measure globally, but we recognise that there is an ongoing debate about the most appropriate ways to measure children and the relevance of the thresholds used. For example, one of the recognised limitations of BMI is that it does not take muscle-to-fat ratio into account.

Also, thresholds may not be equally relevant to different populations around the world. We could not find recent data for many nations with high rates of adult obesity, so we don’t have as full a picture of the global situation as we would like. Having said that, we found unprecedentedly high BMI levels in children aged four to 11 years in Kuwait, Pakistan, the US, Spain, Greece and a Pacific Island community in New Zealand.

If being overweight has become more commonplace, merely watching children grow up won’t cut it. Parents and carers need simple, regular feedback about their children’s growth from an early age so that they intervene early enough to prevent later health problems. Most times, feedback about BMI alone – while valuable – may not be enough to prompt changes in lifestyles. Policymakers also need to recognise and act on the influence of the wider determinants of health – including access to health services, living and working conditions, and social norms – if we are to find the most effective ways of helping families lead healthier lifestyles.