The theme of this year’s photography competition was set as 'What Does Caring Mean to You?', with the contest running from March to May 2021.

Hundreds of entries were reduced to a shortlist of 30 – including two overall winners selected by an esteemed judging panel including Michael Wood (Broadcaster and Professor of Public History at The University of Manchester).

The 30 shortlisted photographs were then exhibited at the Wuhan Tiandi Horizon, China, where the awards ceremony took place on 10 June and the competition continued with a third award, the People’s Choice Award, which asked the public to decide on the final winning photograph.

The Award came with a prize of £500/¥4,500, and the public were asked to vote either through ‘liking’ their favourite image on Facebook/WeChat or voting in-person at the exhibition in Wuhan. In total over 6000 votes were cast, with a total of almost 15000 people visiting the exhibition in person.

The clear winner was a submission from 陈碧鑫 (Bixin Chen), whose photograph titled ‘Caring for the left-behind elderly’ (关爱留守老人) showed volunteers carrying rice and oil to the elderly residents of Xinchu Village in Zhejiang Province in eastern China, in 2021. 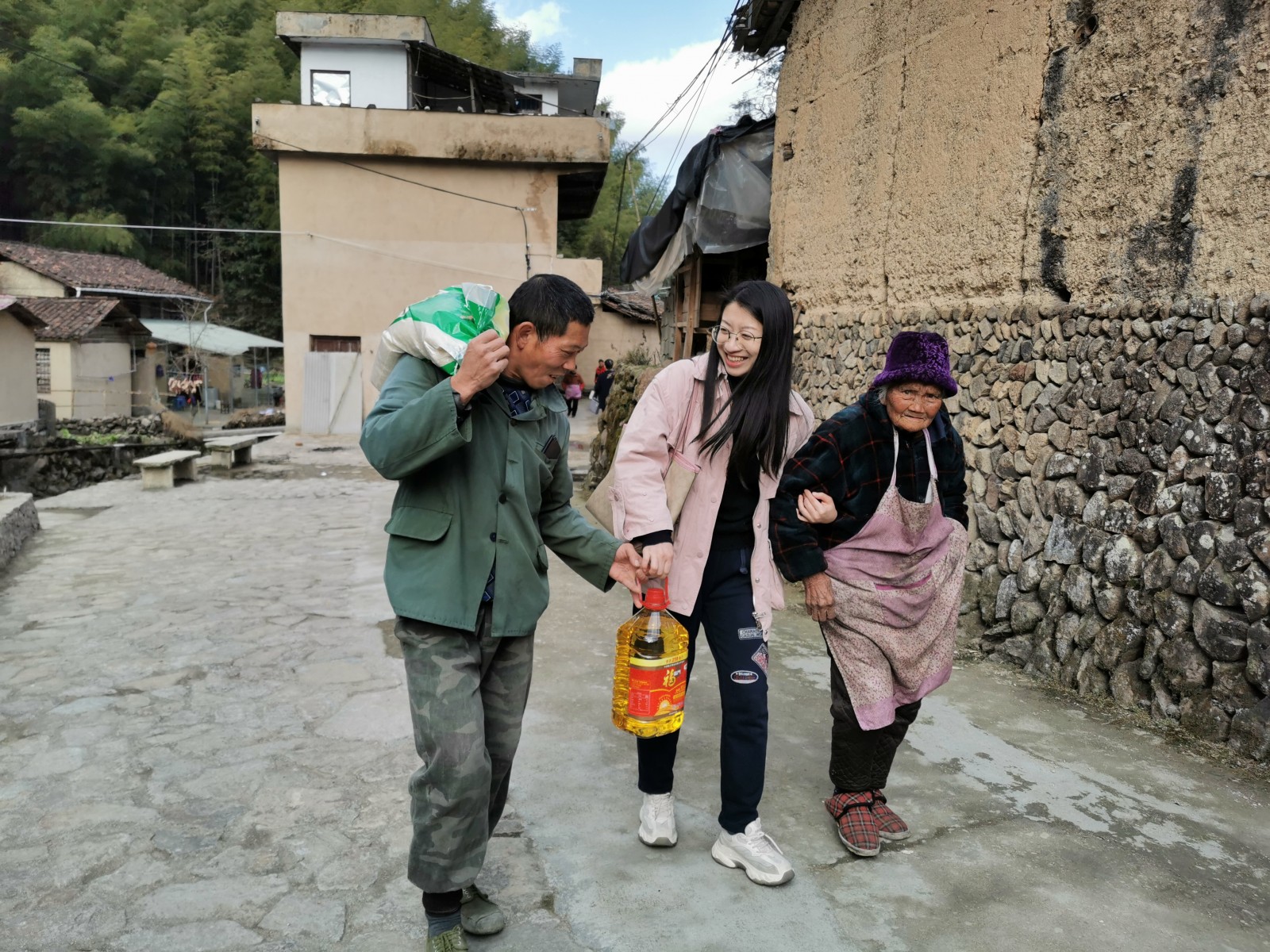 The award for the Best UK Submission went to Ruthie Clegg, whose photograph 'What Does Caring Mean to Me?', presented an NHS worker, in a hospital at the height of the Coronavirus pandemic. The award for the Best China Submission went to Hongwei Zhang (张洪卫) whose entry 'Caring Between the Old Couple', showed an elderly couple sat in front of their home, the wife helping her husband to trim his toenails. Both of these winners received £1,000/8,888 RMB.