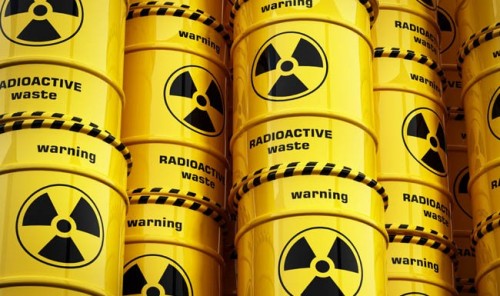 A researcher at The University of Manchester has made a surprise finding after observing variations of a chemical bond with a radioactive metal called thorium – and this newly revealed relationship could one day contribute to improving nuclear fuel management.

Elizabeth Wildman, a PhD student in the research group led by Professor Steve Liddle, has reported compounds where unusual forms of phosphorus - known as the Devil’s element - are stabilised by thorium, a radioactive chemical element named after the Norse god of thunder which can be used as a nuclear fuel in the nuclear power industry.

“This has been an exciting experience and I am delighted my work has been recognised in this way,” said Elizabeth Wildman. “It seems the Norse god of thunder has tamed the Devil’s element.”

This latest study from Professor Liddle’s research group looked at how ‘soft’ elements such as phosphorus can interact with thorium in unusual bonding environments.

The research looked at species with single and double thorium-phosphorus bonds, and even managed to trap moieties as fundamental as PH and a naked P atom between two thorium ions.

“Nuclear power could provide energy security for the UK and produce far less carbon dioxide than fossil fuels, but the waste it produces is potentially very dangerous if not handled properly” said Professor Steve Liddle, Co-Director of the Centre for Radiochemistry Research at The University of Manchester. “In order to find ways of reducing the volume of nuclear waste and recycle unspent fuel, research has focussed on developing our understanding of how radioactive actinide elements interact with elements from around the periodic table that they could come into contact with in the fuel cycle.”

We have a long way to go before we have a fully developed framework of understanding of the bonding of these elements, but the surprising findings of this study contribute to building that understanding.

The work was carried out as part of a collaborative research project between the universities of Manchester and Regensburg, and was funded and supported by the Royal Society, European Research Council, Engineering and Physical Sciences Research Council, and European Cooperation in Science and Technology.