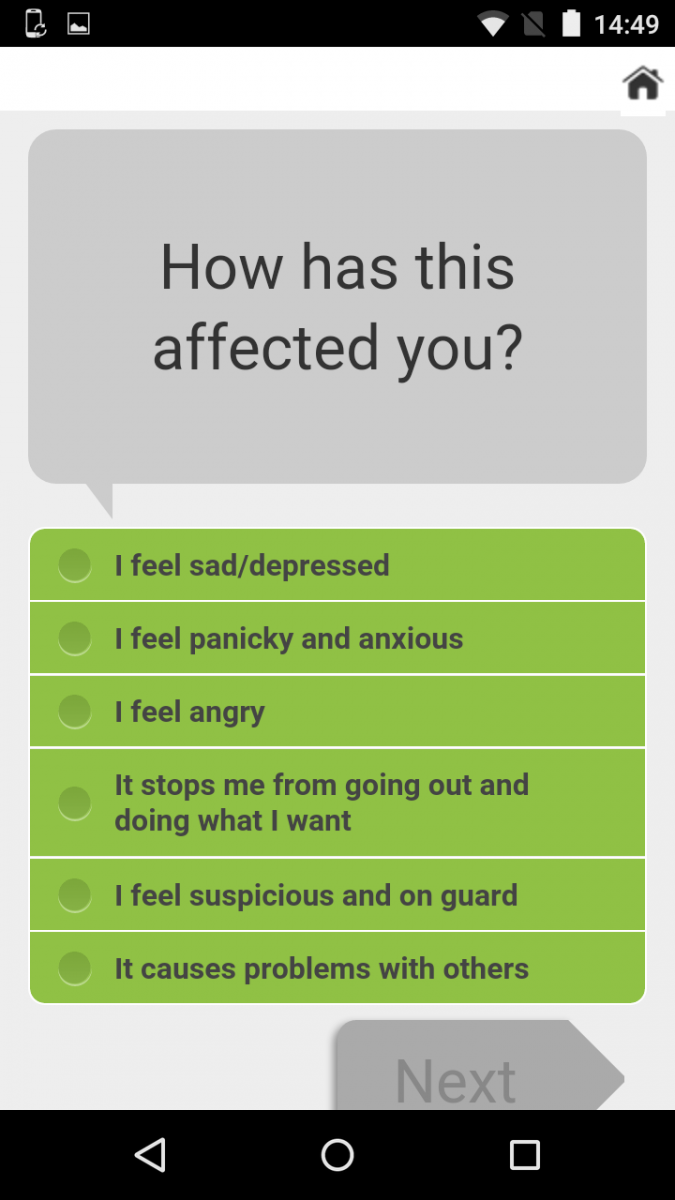 A new smartphone app designed by University of Manchester researchers to help people with early psychosis has shown promising results according to results from a proof-of-concept trial.

The findings are published in the journal Schizophrenia Bulletin.

Patients found that app - funded by the Medical Research Council – was safe to use, and would be used to improve users’ mental health.

The results from the proof-of-concept trial will now be tested in a full-blown Medical Research Council funded £1.6 million programme of work.

The app targets a number of areas people with early psychosis often report difficulty with; perceived criticism from significant others; getting out and about; cannabis use; and distress caused by psychotic symptoms such as paranoia and hearing voices.

When using the app, patients are invited to choose an aspect of their mental health they would like to work on and complete a set of questions.

They receive messages and hints and tips suggesting ways of coping with any experiences they identify as distressing.

The app also contains information and activities such as videos, a diary, external links to useful websites, factsheets, mindfulness and relaxation exercises. It also has a graphical read-out of any changes in their psychotic experiences.

The participants in the trial used the Actissist app over 12-weeks and were then assessed for any change in their symptoms and well-being.

We found that people liked using the app. It was safe to use and even in our small sample there were promising effects about the benefits of using the app for mental health

Dr Bucci said: “We found that people liked using the app. It was safe to use and even in our small sample there were promising effects about the benefits of using the app for mental health.

“Some participants showed improvements over time in psychotic symptoms and in their mood when compared to the control group who used a symptom monitoring app called ClinTouch.

“Participants also reported that they enjoyed using Actissist, with 90% of participants saying that they would recommend it to others experiencing psychosis.”

She added: “The potential benefit of an app for psychosis is that people are able to access help and support at any time and in any place, unlike traditional support options.

“But Actissist is not designed to replace clinicians. Instead, we hope Actissist will be a tool that people can choose to access whenever and wherever they wish; a tool that facilitates shared decision-making about treatment.

“For some people, this may be alongside the clinical care that they currently receive, but others may prefer to use the app on its own.”