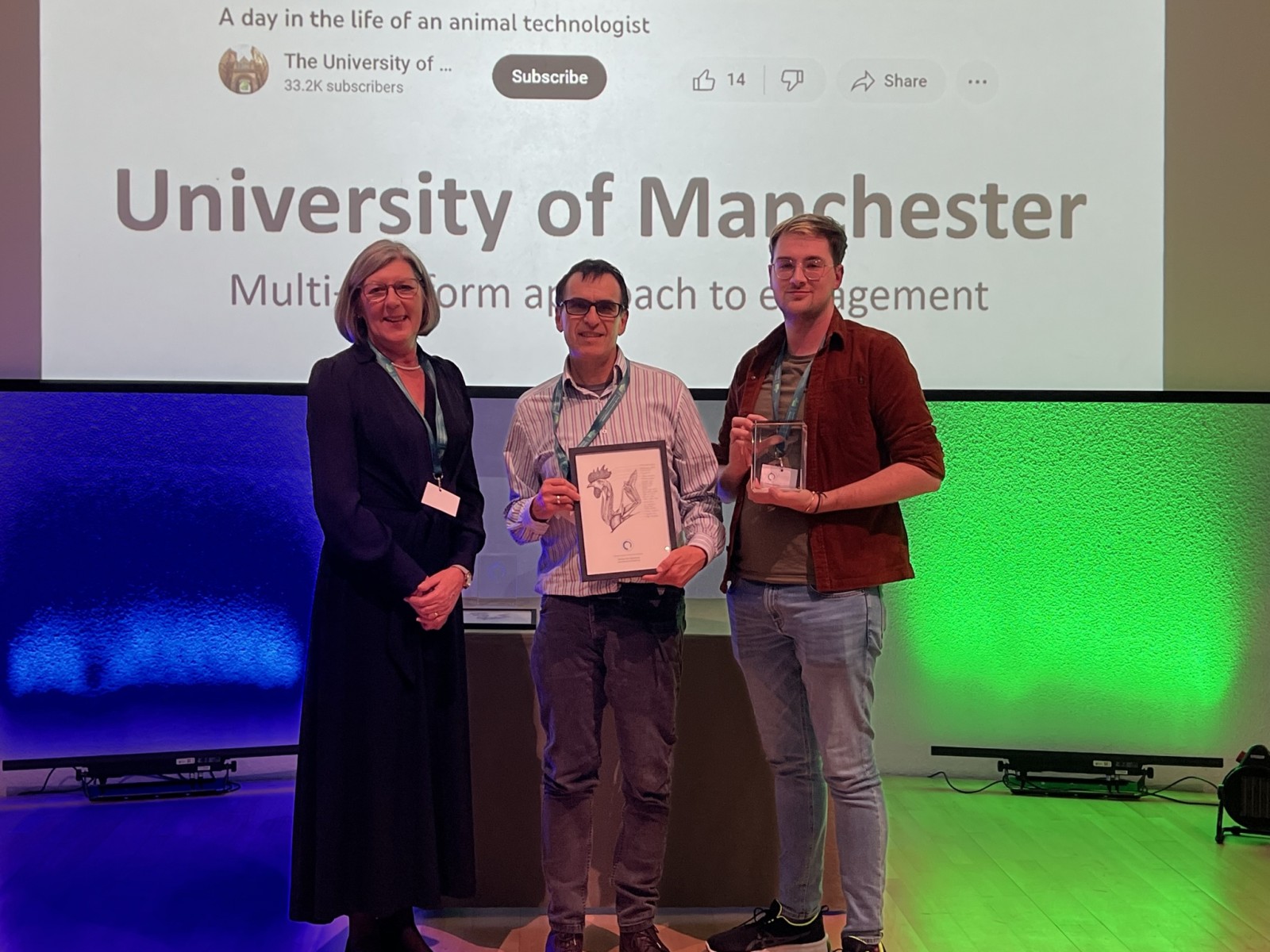 The University of Manchester has bagged a prestigious openness award for its pioneering work on communicating animal research to the public.

The judging committee were wowed by this year’s openness campaign, which used social media platforms to promote a YouTube video depicting a day in the life of an animal technologist featuring the University’s Rachael Bowden.

Transparency has always been a cornerstone of our work. This stems from our strong conviction to support  the ground-breaking research  at Manchester and the high standards of animal welfare we foster.

It is the second time Manchester have won the award - organised by Understanding Animal Research (UAR); the University received recognition -  and widespread praise - for its pioneering website in 2016.

The website contains case studies, minutes, project non-technical summaries governance information and facts and figures, and a virtual tour of the unit.

UAR is a not-for-profit organisation which promote the broad understanding of the humane use of animals in medical, veterinary, scientific and environmental research in the UK.

They manage the Concordat on Openness on Animal Research, a set of commitments for UK-based life science organisations to enhance their animal research communications.

Launched by UAR in 2014, the Concordat currently has 128 signatories including the University. Manchester was one of 12 to be designated Leader in Openness status in 2019, which was renewed this year.

Maria Kamper, Director of the animal unit said: “Transparency has always been a cornerstone of our work. This stems from our strong conviction to support ground-breaking research  at Manchester and the high standards of animal welfare we foster.”

Animal research communications lead Mike Addelman said: “This award is the culmination of many years of work- in which we have transformed The University of Manchester into one of the most open institutions in the UK -  and beyond in animal research.”

Zach Bowden, communications officer for the University of Manchester animal unit said: “We are very proud of this achievement, and look forward to continuing our work on openness in the coming year through some new and exciting projects.”