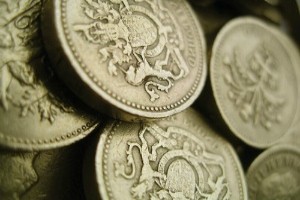 Professor Yaojun Li, of the Institute for Social Change, University of Manchester, analysed survey data on over 100,000 adults in England and Wales, over ten years to 2011.

He will tell the British Sociological Association’s annual conference in London that the average people gave to charity in the four weeks before being questioned during the year 2010/11 was £16, compared with £15 given by those questioned during 2007/08.

The £16 figure has been adjusted downwards to remove the effect of inflation, to allow precise comparison.

“An inverse relationship is found between giving and income,” said Professor Li.  “While people in higher income positions are found to give more in absolute terms in terms of pounds given, they are found to give less as a proportion of their or their family incomes.

“Given the voluntary and altruistic nature of charitable giving, how to get the economically well-off to ‘give their fair share’ – that is, to contribute relatively more –is a challenge, if our Society is to be made Big.”

However Professor Li also found that the professional and managerial classes tended to volunteer more in civic organisations, and also give more money in absolute terms. For instance, during the year 2010/11, 71% of those in the highest social class volunteered, and 84% donated to charity. These figures fell to 36% and 61% respectively for those in routine manual work.

• Giving to charity as a proportion of income was highest among people of Pakistani or Bangladeshi ethnicity, who gave 5.3% of their monthly income in the four weeks before being questioned during 2010/11 (or £27.33). This compared with 1.7% among white British. However, in absolute terms, people of white British ethnicity gave more (at £16.30) than the average (at £16.10).

“Britons are overall quite generous, but the current crisis is taking a toll,” he said. “Yet it’s not all bad news – although fewer are giving, the total amount they are giving is roughly the same.

“The claims of a broken society are not well grounded but the evidence also shows that the government needs to do more to sustain and increase the level of participation in civic engagement, voluntary help and charitable giving.”