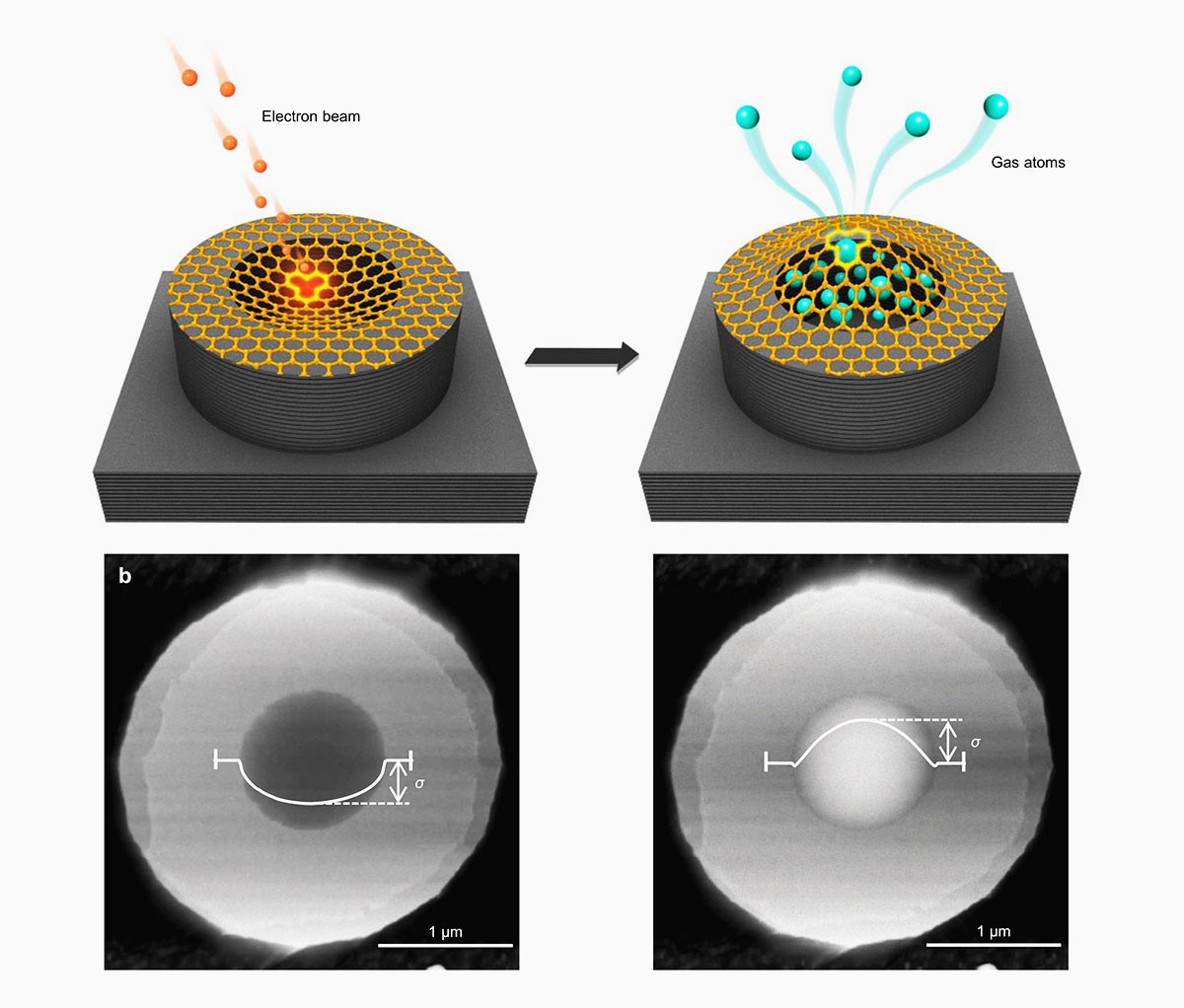 Precision sieving of gases through atomic pores in graphene

By crafting atomic-scale holes in atomically thin membranes, it should be possible to create molecular sieves for precise and efficient gas separation, including extraction of carbon dioxide from air, University of Manchester researchers have found.

If a pore size in a membrane is comparable to the size of atoms and molecules, they can either pass through the membrane or be rejected, allowing separation of gases according to their molecular diameters. Industrial gas separation technologies widely use this principle, often relying on polymer membranes with different porosity. There is always a trade-off between the accuracy of separation and its efficiency: the finer you adjust the pore sizes, the less gas flow such sieves allow.

It has long been speculated that, using two-dimensional membranes similar in thickness to graphene, one can reach much better trade-offs than currently achievable because, unlike conventional membranes, atomically thin ones should allow easier gas flows for the same selectivity.

Now a research team led by Professor Sir Andre Geim at The University of Manchester, in collaboration with scientists from Belgium and China, have used low-energy electrons to punch individual atomic-scale holes in suspended graphene. The holes came in sizes down to about two angstroms, smaller than even the smallest atoms such as helium and hydrogen.

In December's issue of Nature Communications, the researchers report that they achieved practically perfect selectivity (better than 99.9%) for such gases as helium or hydrogen with respect to nitrogen, methane or xenon. Also, air molecules (oxygen and nitrogen) pass through the pores easily relative to carbon dioxide, which is >95% captured.

The scientists point out that to make two-dimensional membranes practical, it is essential to find atomically thin materials with intrinsic pores, that is, pores within the crystal lattice itself.

“Precision sieves for gases are certainly possible and, in fact, they are conceptually not dissimilar to those used to sieve sand and granular materials. However, to make this technology industrially relevant, we need membranes with densely spaced pores, not individual holes created in our study to prove the concept for the first time. Only then are the high flows required for industrial gas separation achievable,” says Dr Pengzhan Sun, a lead author of the paper.

The research team now plans to search for such two-dimensional materials with large intrinsic pores to find those most promising for future gas separation technologies. Such materials do exist. For example, there are various graphynes, which are also atomically thin allotropes of carbon but not yet manufactured at scale. These look like graphene but have larger carbon rings, similar in size to the individual defects created and studied by the Manchester researchers. The right size may make graphynes perfectly suited for gas separation.

Precision sieving of gases through atomic pores in graphene