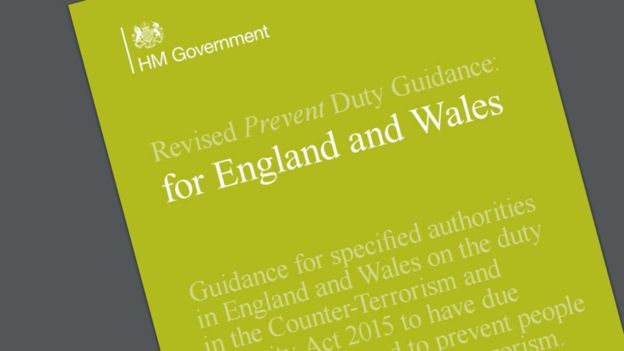 Pressure on British Muslim parents to counter extremism is damaging

Pressure on British Muslim parents to counter extremism in their own families is having a detrimental effect, according to new research by Manchester academic Madeline-Sophie Abbas.

Young Muslims have come under intense public scrutiny due to their perceived vulnerability to radicalisation. The Prevent counter-terrorism strategy has placed increased responsibility on parents to police their children, including removing their passports if suspected of travelling to join IS.

The security agenda has also crept into Muslim households through government-sponsored initiatives such as Families Against Stress and Trauma (FAST) and the #MakingAStand campaign, which work with Muslim women - particularly mothers - to counter terrorist recruitment.

The role of Muslim families in countering radicalisation is a pressing policy concern, but the new study has found that there is a failure to address the detrimental effects that such measures have on Muslim family relations as well as broader relations between Muslim families and the state, and the non-Muslim community in Britain. It demonstrates the need to understand how counter-terrorism measures pervade all Muslim families and communities - not just those under official suspicion.

“My research is motivated by my personal background, as someone of Iraqi and Muslim heritage on my father’s side,” said Madeline. “I decided to embark on the research because of the significant focus placed on British Muslims as ‘suspect’, in order to examine the potentially detrimental impact that these representations have had on communities and families.”

As well as conducting interviews with Muslims in West Yorkshire, Madeline joined local community organisations and attended events in order to make connections and to understand the situation in greater detail. She discovered that government and media debates about countering extremism within the Muslim community caused tensions within families, with fears about their children being targeted by the state, leading to them worry when they wear Islamic clothing or grow beards.

It is important to note that adopting Islamic markers does not mean that Islamic principles are being followed or that Muslims embracing Islamic dress or the beard are extremists. By viewing behaviour typical of young people as they discover themselves through the lens of extremism, Muslim parents risk perpetuating conceptions of young Muslims’ vulnerability to being radicalised.

Counter-extremism policy is currently based on the demonstration of British values. For example, the current definition of extremism is ‘vocal or active opposition to fundamental British values, including democracy, the rule of law, individual liberty and mutual respect and tolerance of different faiths and beliefs’. This means that restrictions are placed on young Muslims to perform their Islamic identities without fear of being labelled as extremist. Within the family sphere, Muslim parents fear talking to their children about terrorism in case they are referred under Prevent.

“The scope for young Muslims to discuss their beliefs has closed down, and thus the spaces in which counter-extremist narratives can be engaged with are also impacted. Policy that is sensitive to a range of Islamic identities is required to enable young Muslims to feel that they are not suspect but instead, have equal rights to belong in Britain.”

"I grew a beard and my dad flipped out!’ Co-option of British Muslim parents in countering extremism within their families in Bradford and Leeds" by Madeline-Sophie Abbas is published in the Journal of Ethnic and Migration Studies (University of Manchester, Department of Sociology).

Pressure on British Muslim parents to counter extremism is damaging