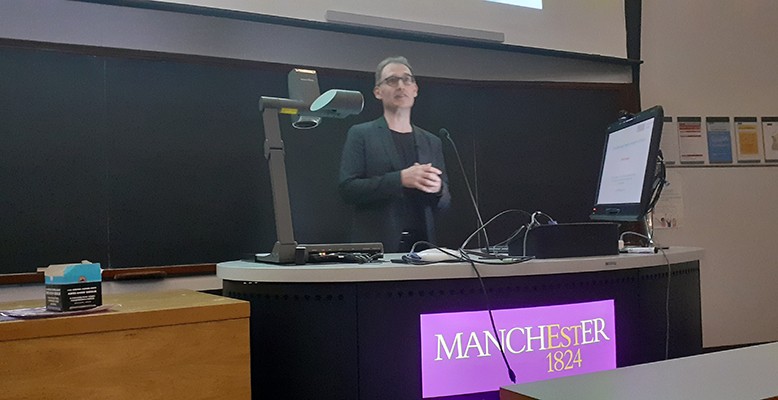 Professor Neil Ferguson, whose mathematical modelling helped to inform the UK government during the COVID-19 crisis, was the guest speaker at the 2022 annual Bragg Lecture hosted by The University of Manchester.

He revealed how evidence-based science played its role in informing policymakers as they responded to the pandemic that impacted the world early in 2020.

The leading epidemiologist, of Imperial College London, whose research aims to improve understanding of the epidemiological factors and population processes shaping infectious disease spread, addressed a packed audience at the Rutherford lecture theatre in the University's Schuster Building.

Modelling and analysis – which at first had to make do with limited data – informed agencies like SAGE, which were also receiving inputs from mathematical and statistical experts based in Manchester, such as the work of Professor Ian Hall and his team.