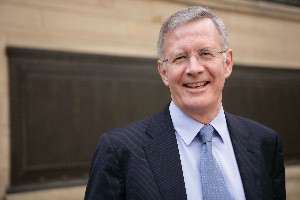 The University is deeply sorry to announce the death of Professor Alan Gilbert, President and Vice-Chancellor of The University of Manchester from its inauguration in October 2004 to 30 June 2010.

Professor Gilbert died earlier today (Tuesday 27 July 2010) in hospital in Manchester having suffered from a serious illness for the last few months.

Mr Norman Askew, Chairman of the Board of Governors, said: "Alan was responsible for shaping the vision for the new University and delivering the enormous success that it has enjoyed over its first six years. He will be greatly missed by me and all who worked with him."

Professor Dame Nancy Rothwell, President and Vice-Chancellor, said: "Alan's leadership has transformed the University. He will be remembered with enormous respect by everyone in the University and with great affection by all who worked with him closely. To me personally he was a remarkable friend and mentor, with incredible insight, integrity and intelligence. I will miss him. Our deepest sympathies are with Ingrid, their children, grandchildren and wider family at this sad time."

A full obituary and details of how and where members of the University community can pay their respects to Professor Gilbert will follow in due course. A Book of Condolence has been opened and is available in the Visitors' Centre in University Place.