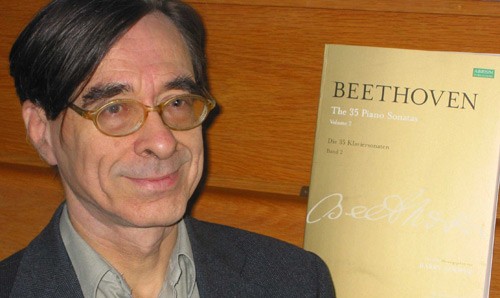 Professor Barry Cooper’s completion of the first movement of Beethoven’s unfinished Tenth Symphony has been performed across the world, on six continents, but never before in Manchester.

This is set to change on Friday, when Symphonia Verbum, conducted by Joseph Hearson, present it in a concert that contains several other works, including one by Ethel Smyth (1858-1944) and one by Liszt.

The event will include a short talk by Professor Cooper, explaining how he attempted to reconstruct from Beethoven’s sketches a complete movement that would come as close as possible to what the composer had in mind.

The concert takes place in the Holy Name Church, Oxford Road (opposite the Students’ Union), on Friday 23 November, at 7.30 p.m.