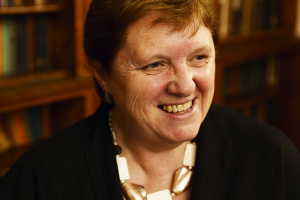 One of the country’s leading social scientists and retiring Keele University Vice Chancellor is to join The University of Manchester.

Professor Dame Janet Finch will take an honorary position at the Morgan Centre for the Study of Relationships and Personal Life, based in the School of Social Sciences, next month.

She has recently been appointed Chair of Main Panel C for the forthcoming Research Excellence Framework exercise,  the new system for assessing the quality of research in UK higher education institutions to be completed in 2014.

She  was awarded a CBE in the 1999 New Year's Honours List for services to Social Science. In the same year she was named as one of the Founder Academicians of Learned Societies for the Social Sciences.

In recognition of her contributions to Social Science, and more generally to higher education, she has been awarded honorary degrees by seven Universities.

She was also awarded a DBE, Dame Commander of the British Empire, in the 2008 Queen's Birthday Honours List, for services to Social Science and Higher education.

Professor Finch's research expertise lies principally in studies of family relationships, especially relationships across generations. She has held a number of research grants and published extensively on this, and related, topics.

Professor Finch has been involved at national level in a range of policy-making bodies related to higher education, including  Research Council funding, work with the Health Service and equal opportunities.

She said: “I am delighted by this appointment, as it will enable me to work again with long-standing colleagues at the Morgan Centre.

“Following my retirement from Keele, I am looking forward to once more concentrating on my research and my new role within the Research Excellence Framework exercise.”