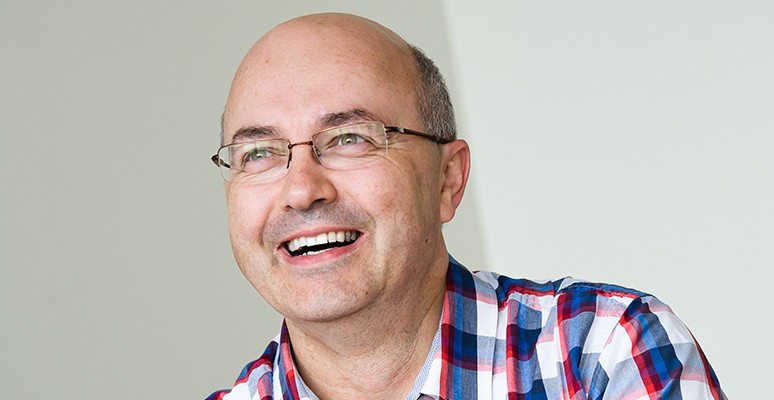 Director of the Dalton Nuclear Institute Professor Francis Livens has been awarded the prestigious Becquerel Medal for 2020 by the Radiochemistry Group of the Royal Society of Chemistry.

Professor Livens is recognised for his outstanding record of academic achievements, along with significant contributions to teaching in radiochemistry, outreach and media work, and shaping of government policy in the nuclear sector.

With more than 35 years' research experience across the fuel cycle, Professor Livens has acted as advisor to the nuclear sector both in the UK and overseas. He is a member of the Nuclear Decommissioning Authority Board, a Fellow of the Royal Society of Chemistry, and a member of the Institute of Strategic Studies.

He has published more than 200 refereed papers and has led over £20 million of UKRI projects, including multi-partner collaborations. He has supported the Government's Committee on Radioactive Waste Management, the Cabinet Office Science Advisory Council, and the Nuclear Innovation and Research Advisory Board, as well as the Office for Nuclear Regulation Independent Advisory Panel and Sellafield Ltd.

Professor Livens has held a radiochemistry position at The University of Manchester since 1991, and has worked for more than 25 years in environmental radioactivity and actinide chemistry, starting his career with the Natural Environment Research Council - where he was involved in the response to the Chernobyl accident.

At Manchester he has worked in many aspects of nuclear fuel cycle research, including effluent treatment and waste immobilisation. He was the founding Director of the Centre for Radiochemistry Research - established in Manchester in 1999 - and is Nuclear Materials Research Area Lead for the Henry Royce Institute.

Recently, Professor Livens was involved in the release of 'Nuclear energy for net zero: a strategy for action', a position paper from the Dalton Nuclear Institute assessing the potential role of nuclear energy in the UK's net zero future.

His receipt of this award represents the second awarding of the Becquerel Medal to the Institute's leadership team, with Professor Melissa Denecke - now of the International Atomic Energy Agency - receiving the award in 2016 as Scientific Director.