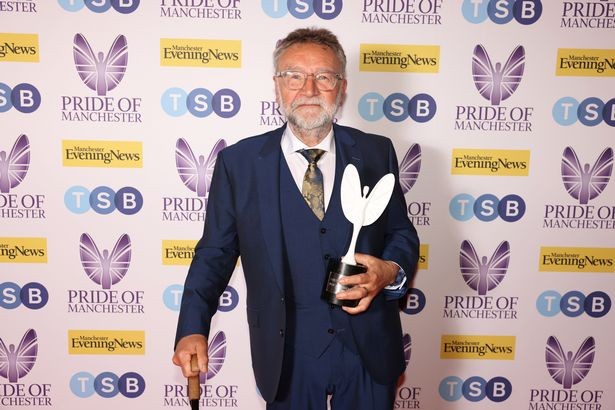 Professor Tony Redmond has been honoured with a prestigious Lifetime Achievement Award at the 2022 Pride of Manchester Awards, in recognition of a career spent providing crucial medical care to those most in need all over the world.

Tony is Professor of International Emergency Medicine at The University of Manchester’s Humanitarian and Conflict Response Institute, and he has been involved in delivering international emergency humanitarian assistance since 1988.

He has organised and led medical support to natural disasters, major incidents, conflicts and complex emergencies throughout the world including earthquakes, epidemics, wars and plane crashes.

He set up UK-Med, a charity based at the University which sends vital medical care to places of great humanitarian need across the globe – a team of their volunteer medics are currently in Ukraine, where they have set up clinics to treat injured and displaced people as well providing vital support and training for local healthcare staff.

Tony coordinated the NHS response to the Ebola epidemic in 2014 – the experience and knowledge that he acquired during this crisis led to him being appointed as the medical director of the NHS Nightingale Hospital North West, the temporary hospital located in the Manchester Central conference venue at the height of the Covid-19 pandemic.

He has won countless awards and accolades during his distinguished career, including an OBE in 1994 for his work providing humanitarian assistance in Sarajevo during the Bosnian war, and The University of Manchester’s Medal of Honour in 2018.

Receiving this award is overwhelming, but it's also very emotional. I’m Manchester born and bred - I’ve worked all over the world, but I’ve always lived in Manchester - and I’ve been supported right from the very start by the people of Manchester.

He recalled seeing a letter in the Manchester Evening News from a local resident who said it made them proud to see a team from the city doing such important work in the places where it is most needed. “It really touched me - it makes me proud to be from Manchester,” he said.

Redmond was presented with his award by Elbow singer Guy Garvey, who reflected on Redmond’s achievements to the audience at Manchester’s Kimpton Clocktower Hotel.

“When I think about what Tony has done and how many millions of people he’s facilitated to live - he’s remarkable,” he said. “I’m just so very very honoured and proud to be here with him. The attitude at the top filters down in organisations, and that’s why what Tony has done is so special.”

Tony’s charity UK-Med is currently providing direct medical care, training and support for the people of Ukraine - please donate now to help them to provide emergency healthcare to those most vulnerable.