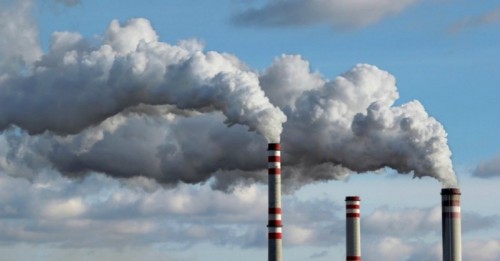 The Paris Agreement on climate change and the carbon-reduction plans of many governments (including the UK) are unwittingly reliant on unproven technologies to suck hundreds of billions of tonnes of carbon dioxide directly from the atmosphere.

The journal Science has published a Perspective which reveals the scale and widespread reliance on ‘negative emissions technologies’, which remain at best experimental. Nevertheless the models being used to advise governments on what action to take are dominated by such highly speculative technologies – with many assuming their mass roll-out beginning within the decade.

“The beguiling appeal of relying on future negative emission technologies (NETs) is that they delay the need for stringent and politically challenging polices today – they pass the buck for reducing carbon on to future generations” said Kevin Anderson, co-author of the paper and Professor at the Universities of Manchester and Uppsala. “But if these Dr. Strangelove technologies fail to deliver at the planetary scale envisaged, our own children will be forced to endure the consequences of rapidly rising temperatures and a highly unstable climate.”

The scale of carbon removal emerging from the models underpinning governments’ thinking on climate change is breathtaking. By the middle of the century many of the models assume as much removal of carbon dioxide from the atmosphere by negative emission technologies as is absorbed naturally today by all of the world’s oceans and plants combined.

Despite the modelling community’s reliance on negative emission technologies, there are no proven means by which we can remove carbon dioxide at such unprecedented scales” says Dr Glen Peters, a Senior Researcher at the Center for International Climate and Environmental Research – Oslo (CICERO) and co-author of the paper.

“Yet almost all of the scenarios with a likely chance of not exceeding 2°C and considered by the Intergovernmental Panel on Climate Change (the IPCC) assume that the large scale roll out of negative emission technologies is technically and economically viable." 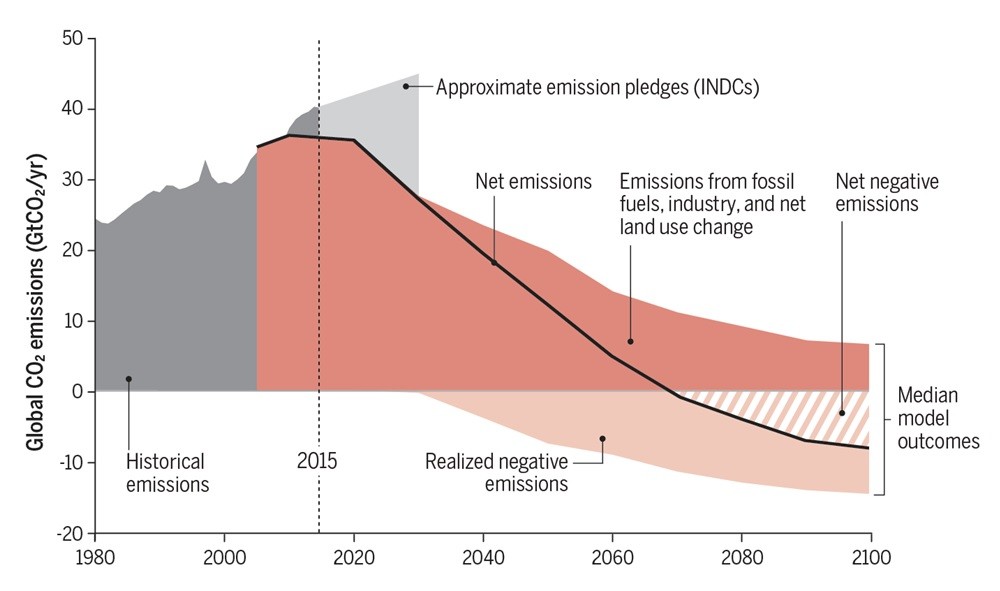 Dr Peters points to how “Carbon dioxide removal is an extremely attractive technology for fossil fuel companies, as they can continue production whilst shifting the burden of mitigation on to future generations.”

It is not well understood by many decision makers, NGOs and even academics working on climate change, that the climate models informing governments are so dependent on such a massive deployment of speculative and unproven technologies.

“The inclusion of the still more ambitious 1.5°C goal in Paris, relies on a belief in even greater levels of carbon removal. Without negative emissions, holding to a 1.5°C rise demands that the global economy fully decarbonises within a decade,” says Professor Anderson.

Negative emission technologies are not an insurance policy. They are a high risk gamble with tomorrow's generations, particularly those living in poor and climatically vulnerable communities, set to pay the price if our high stakes bet fails to deliver as promised.