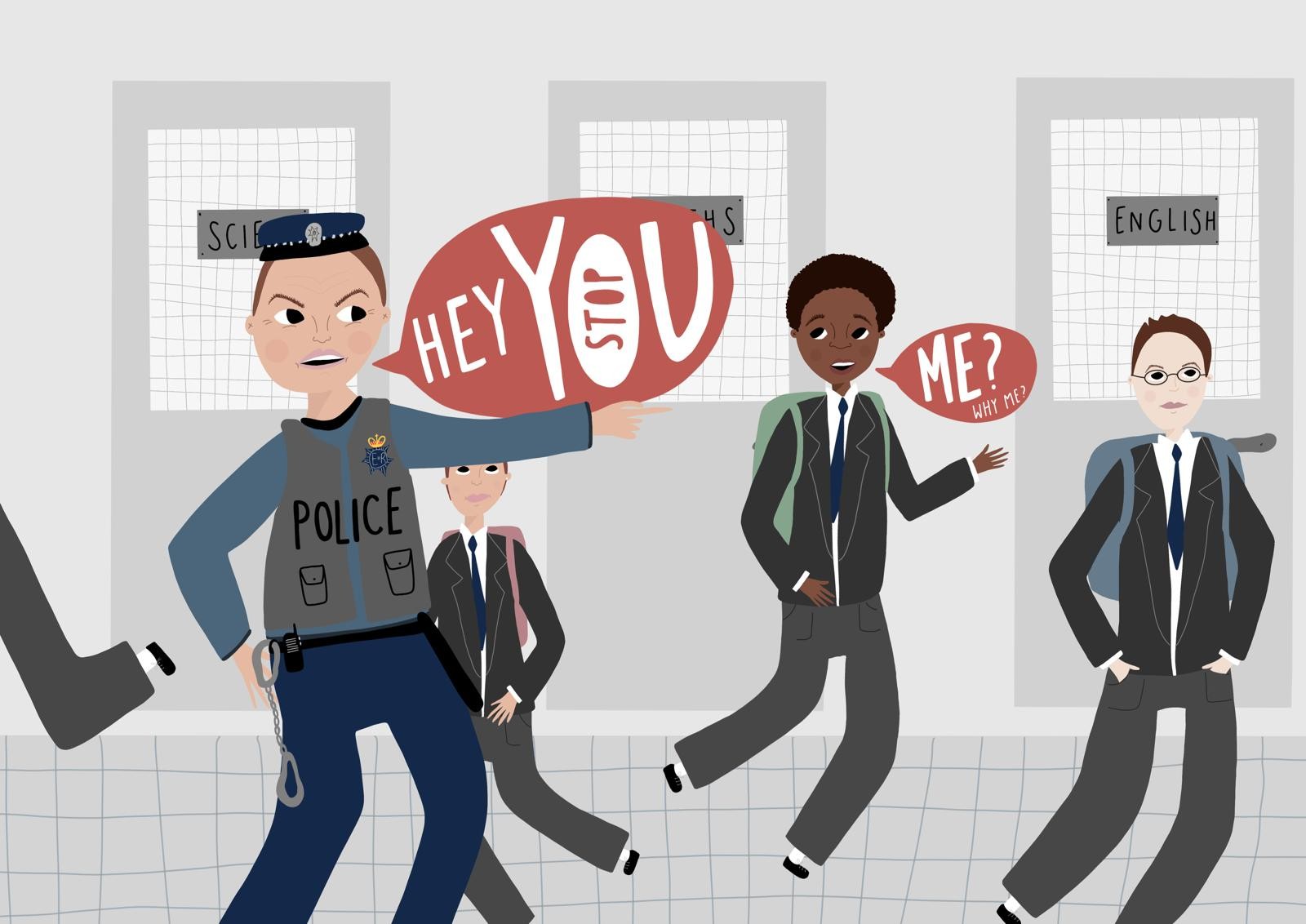 Concerns about the increase in police officers permanently stationed in UK schools have been raised by a new report into racism in secondary schools.

The report, Race and Racism in English Secondary Schools, comes at a time when Black Lives Matter protests have reignited conversations about racism and the role of the police in our society.

Written by the University of Manchester’s Dr Remi Joseph-Salisbury and published by the Runnymede Trust, the report draws on data from interviews with teachers from across Greater Manchester, and explores the nature of race and racism in secondary schools.

Given well-documented evidence about racism in policing, many teachers interviewed felt that the increasing presence of school-based police officers will have a detrimental impact upon black and ethnic minority (BME) pupils.

Teachers quoted in the report explain how they try to ensure that school is a ‘safe space’ for all of their students, but warn that the presence of police officers in secondary schools can undermine and disrupt the safeguarding ethos, particularly for BME students from already over-policed areas.

The report also warns about the dangers of minor disciplinary issues among students quickly escalating into criminal issues, creating a ‘school-to-prison’ pipeline through which students are funnelled directly from schools into prisons.It also recommends that efforts are made to increase the number of teachers from Black and Minority Ethnic (BME) backgrounds, and that 'racial literacy' should be considered a key competency for the teaching profession - that is to say, anti-racism should be placed at the heart of the way we think about teaching.

The report also argues that the curriculum needs to be overhauled to place a commitment to anti-racism at the heart of our education. This would involve a reckoning with the colonial legacies - and racist underpinnings - of contemporary Britain. The production of a racially literate society should be considered a fundamentally important aspect of schooling, and the curriculum should reflect this.

We urgently need a national conversation about the future of our schools, and we must really question whether police officers stationed in schools should even be part of that future. School policies need to be reviewed in consultation with anti-racist organisations, in order to ensure that policies do not discriminate against Black and Minority Ethnic students. The report shows us how the transformation of education is key to tackling racism in society.

“We must ensure that children (and teachers) are safe from abuse, violence and harm, but the answer should not be permanent police presence in schools. We should be thinking of more pastoral support and early protection for children struggling with behavioural and discipline issues, or truanting. What we should not be doing is treating children as criminals.”