Haulage and logistics among “most exposed” to poor mental health 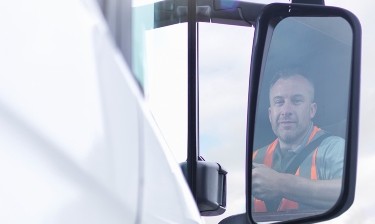 Male dominated workforces, such as in the haulage and logistics sectors, could be hardest hit by the effects of poor mental health, according to experts from The University of Manchester's Alliance Manchester Business School (Alliance MBS).

Statistics from the Campaign Against Living Miserably reveal that men account for about three-quarters of suicides each year in the UK.

With some 92 per cent of professional drivers of HGVs male, according to a House of Commons report, the sector is disproportionately exposed to the impact of mental health problems among UK men.

Now, the Age, Health and Professional Drivers Network (AHPD) – a network comprised of academics from Alliance MBS and individuals from across the industry – has announced the launch of its Best Practice Guidelines aimed to equip managers with the tools to best support their employees as awareness of mental health in the workplace continues to rise.

"With haulage being heavily male-dominated, it’s one of the sectors exposed to the effects of poor mental health.

“The need for a best practice guide for employers and employees in the sector is an urgent one – both for the wellbeing of drivers but also the longer-term sustainability of the sector.

"The guidelines – relevant for drivers of all ages – also shine a spotlight on the older working age category given it is one of many industries experiencing an ageing workforce.

"Implementing wellbeing measures for this demographic shouldn’t be overlooked, particularly as the sector is facing recruitment challenges.”

The new guidelines from the AHPD Network focus on ten key areas and can help drivers of all ages.

Professional drivers often express concerns about a lack of work-life balance and working patterns is one area the research brings to light. Implementing flexible working arrangements for drivers can be challenging but the working lives of older drivers could be extended by making changes to working patterns,

AHPD argues, through being creative with different forms of job sharing or using a ‘fixed’ nights rota, rather than rolling shifts that include nights, for example.

Haulage and logistics among “most exposed” to poor mental health