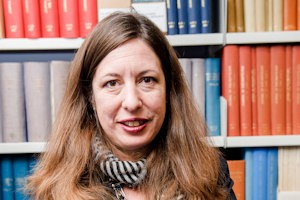 Researchers led by the Arthritis Research UK Centre for Genetics and Genomics at The University of Manchester have identified genetic variants that are associated with psoriatic arthritis (PsA) but not with psoriasis, in the largest study of PsA ever published.

PsA is a common form of inflammatory form of arthritis causing pain and stiffness in joints and tendons that can lead to joint damage. Nearly all patients with PsA also have skin psoriasis and, in many cases, the skin disease is present before the arthritis develops. However, only one third of patients with psoriasis will go on to develop PsA.

The researchers, who are part of a European consortium, say that their work, which took three years to complete and is published in Nature Communications, is a breakthrough because genetic changes have been identified that increase the risk of PsA but not psoriasis.

Until recently opinion was divided as to whether psoriatic arthritis was a disease in its own right, or psoriasis combined with rheumatoid arthritis.

The findings could, in future, lead to the identification of people with psoriasis who are at risk of developing psoriatic arthritis.

Dr John Bowes, who led the analysis of the work, said: “Our study is beginning to reveal key insights into the genetics of PsA that explain fundamental differences between psoriasis and PsA. Our findings also highlight that CD8+ cells are likely to be the key drivers of inflammation in PsA. This will help us to focus on how the genetic changes act in those immune cells to cause disease.”

The gene identified by the research team lies on chromosome 5 and is not the first PsA-specific gene to be identified. Patients who carry the HLA-B27 gene are also more likely to develop PsA.

Professor Anne Barton, a rheumatologist and senior author on the study explained: “By identifying genes that predispose people to PsA but not psoriasis, we hope in the future to be able to test patients with psoriasis to find those at high risk of developing PsA. Excitingly, it raises the possibility of introducing treatments to prevent the development of PsA in those individuals in the future.”

Dr Stephen Simpson, director of research at Arthritis Research UK added:” This is a significant finding. Not only does it help establish PsA as a condition in its own right, but it could have major implications in the way that patients with this condition are treated and lead to the development of drugs specifically developed for PsA, which are greatly needed.”

The research was funded by the National Institute for Health Research Manchester Musculoskeletal Biomedical Research Unit.