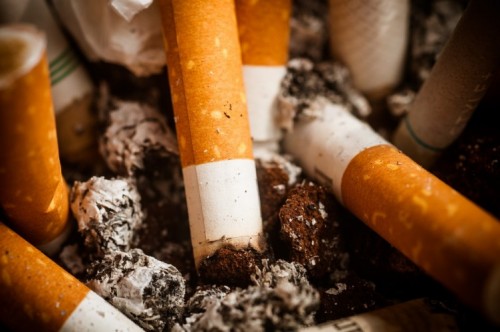 University of Manchester-led research has found new evidence to suggest that, not only is smoking associated with earlier deaths in those with rheumatoid arthritis, but also those who stop smoking dramatically reduce their risk of earlier death, as published in Arthritis Care and Research journal.

Although there is a lot of evidence to show the association between smoking and increased risk of early death in the general population, researchers at NIHR Manchester Musculoskeletal Biomedical Research Unit were keen to find out the relationship between stopping smoking and subsequent mortality in patients with rheumatoid arthritis.

It has been previously shown that smoking plays a role in the development of rheumatoid arthritis, and so the prevalence of smoking is higher in these patients than in the general population. Those with rheumatoid arthritis also have an increased risk of dying earlier due to developing other health conditions such as cardiovascular disease, cancer, severe infection and respiratory diseases.

The research, led by Rebecca Joseph, Research Assistant at the Centre for Musculoskeletal Research at The University of Manchester, analysed anonymised patient information from an electronic UK-based GP database, which included information on hospital admissions and death certificates.

We hope that this research can be used by public health professionals and rheumatologists to help more people quit smoking and reduce premature deaths, particularly for newly diagnosed patients with rheumatoid arthritis

Deborah Symmons, Professor of Rheumatology and Musculoskeletal Epidemiology at The University of Manchester explained: “This research provides important evidence that the risk of early death starts to decline in patients who stop smoking, and continues year on year.

“We hope that this research can be used by public health professionals and rheumatologists to help more people quit smoking and reduce premature deaths, particularly for newly diagnosed patients with rheumatoid arthritis.”

Commenting on the study which was supported by the charity Arthritis Research UK, Stephen Simpson, Director of Research and Programmes said: “Rheumatoid arthritis is a debilitating and painful condition affecting over 400,000 people in the UK, it can begin at any age and is unpredictable - one day you can feel fine and the next day be confined to bed, unable to get up to dress, even go to the toiled unaided.

“As a charity, we are committed to preventing, transforming and curing arthritis and musculoskeletal diseases, and this research shows that cutting out smoking is one intervention which can help this condition from developing.”

The paper, ‘Smoking-related mortality in patients with early rheumatoid arthritis – a retrospective cohort study using the Clinical Practice Research Datalink’ was published in the journal Arthritis Care and Research.