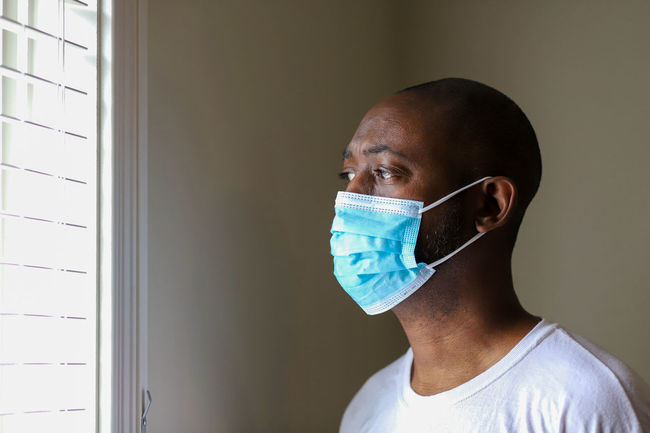 Black people and men of Pakinstani and Bangladeshi heritage are almost twice as likely to die from Covid-19 as White people, and mortality rates from the virus are three times higher for men in lower-paid, manual roles, according to a new report.

Experts from The University of Manchester co-authored the report – commissioned by London Mayor Sadiq Khan - with the University of Sussex and social enterprise The Ubele Initiative. It reveals the shocking disproportionate effect of Covid-19 in relation to disability, ethnicity, religion, gender, sexual orientation, gender identity, socioeconomic position, age and other factors, including homelessness and being in prison.

The research analysed existing data from local and national sources to assess the impact of the pandemic on people with characteristics protected by law. It reveals that, across the country:

· Black people are at almost twice the risk of death from Covid-19 than White people, with men of Pakistani and Bangladeshi heritage 1.8 times more likely and women from the same backgrounds 1.6 times at greater risk. This disparity is partly due to longstanding socio-economic inequalities and the increased likelihood of underlying health conditions as well as the overrepresentation of Black, Asian and minority ethnic people in careers such as health and social care, professions more likely to be exposed to the virus.

· Death rates are three times higher for men in lower-paid, manual roles, such as construction and personal care, than in those in management, business and desk-based jobs. The inability to work from home and limited capacity to socially distance while working put people in non-professional roles at greater risk, not only of having their salary or hours cut, but of being furloughed or catching the virus.

· The pandemic has negatively impacted disabled people, who reported increased difficulties performing practical tasks such as shopping, as well as accessing up-to-date health information. Concerns were also raised around the lack of guidance available in accessible formats, including in prominent situations such the Government’s daily press briefings which did not always feature British Sign Language interpreters.

· Almost four in five (79 per cent) LGBTQ+ people said that their mental health had been negatively impacted by the coronavirus lockdown, and many young LGBTQ+ people have reported feeling unsafe during lockdown in their current housing conditions.

The report also found that voluntary and community sector organisations play a crucial role in reaching those disproportionately impacted and marginalised groups, including disabled people.The report makes 35 recommendations to address inequalities in relation to the social, psychological, economic and health consequences of the coronavirus pandemic.

“It is simply not right for ministers to say they will do ‘whatever it takes’ to mitigate the effects of the coronavirus crisis, but then stand by as whole sectors of our society find their lives and their livelihoods at risk,” said London Mayor Sadiq Khan. “I urge ministers to invest in our communities and the organisations supporting those most at risk, to ensure that accessible health guidance is available to all and, as case numbers are rising again, that there is adequate support in place for those who’ve lost their jobs, had their hours cut or been forced to self-isolate.”

“It is crucial that policy responses to the pandemic are developed to address these inequalities, and that this is done in partnership with those representing the groups who are experiencing them.”

The full report - Rapid evidence review: Inequalities in relation to Covid-19 and their effects on London – can be viewed here.